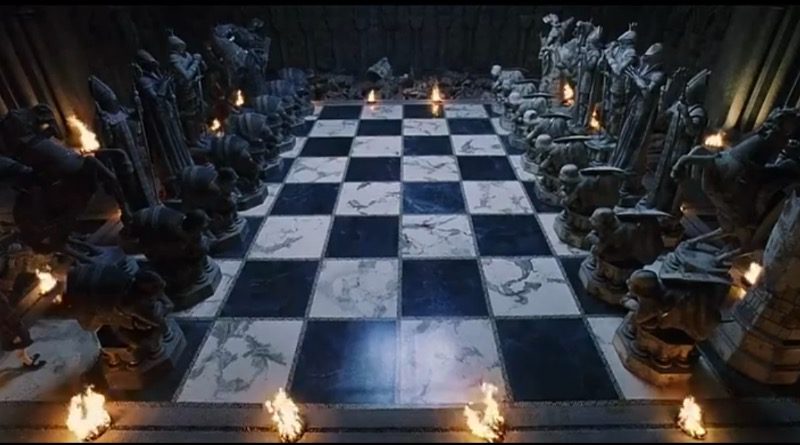 The rumoured LEGO Harry Potter wizard chess set may include a golden minifigure and a familiar trio to celebrate the 20th anniversary of the theme according to a new rumour.

It’s already been confirmed that there will be special anniversary minifigures of key characters from the Wizarding World in some upcoming LEGO Harry Potter sets, but now a new rumour is suggesting that one may work its way into the alleged wizard chess set.

1414falconfan reports that the minifigures included in the alleged 76392 Hogwarts Chess set will be Harry Potter, Hermione, Ron Weasley and one not included in the original scene from the film.

Adding to the list of announced golden minifigures may be one of Professor Severus Snape, as this is what the new rumour is suggesting, which will supposedly come alongside the 876-piece chess set for $59.99.

That’s not all the rumour is proposing though, as another new model is listed as 76395 with a build of the first flying lesson at Hogwarts. Allegedly, this will include minifigures of Hooch and the Golden Quirrel that’s already been revealed, as well as 264 pieces and a build of Neville’s Remembrall for $29.99.

Bear in mind that these are only rumours for the time being, but we’ll let you know when an official announcement regarding the upcoming LEGO Harry Potter sets is made.