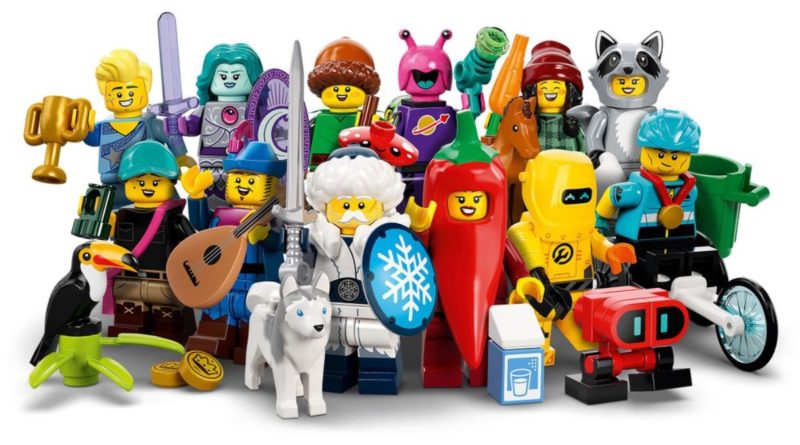 The next LEGO Collectible Minifigures series is rumoured to present costumed characters in a familiar fashion.

In 2018, the 40th anniversary of the LEGO minifigure was celebrated in 71021 Series 18 with a Collectible Minifigures costume party, as well as one direct recreation of a classic minifigure. This year, the LEGO Group is celebrating 90 years and a number of sets have been or will be released to reference the history of the company.

Earlier this year, rumours surfaced about a 90th-anniversary range of Collectible Minifigures under the set number of 71034. This series was later listed online at a retailer, naming it series 23.

Now, Promobricks are reporting that this series won’t wholly be a 90th-anniversary collection of characters, but instead focus on a costume party similar to 71021 Series 18. As always, this rumour should be treated with caution until official confirmation arrives.

They mention 12 minifigures as part of the report, which would line up with the newer total for Collectible Minifigures Series. These include someone in grey armour with a gold visor, gold sword, printed shield and printed breastplate each with the Classic Castle logo from 375 Castle and a white hobby horse, a woman in a green dragon costume and a girl in a fairy costume with a white crown, transparent pink wings, a skirt and candy cane.

Based on this reported list, it appears that the rumoured 71024 Series 18 could be covering (at least in some small part) Halloween, Thanksgiving, the 90th anniversary and the December holiday season all in one. No pricing or mention of a release date is included with the rumour, so we’ll have to wait and see if this information turns out to be accurate.