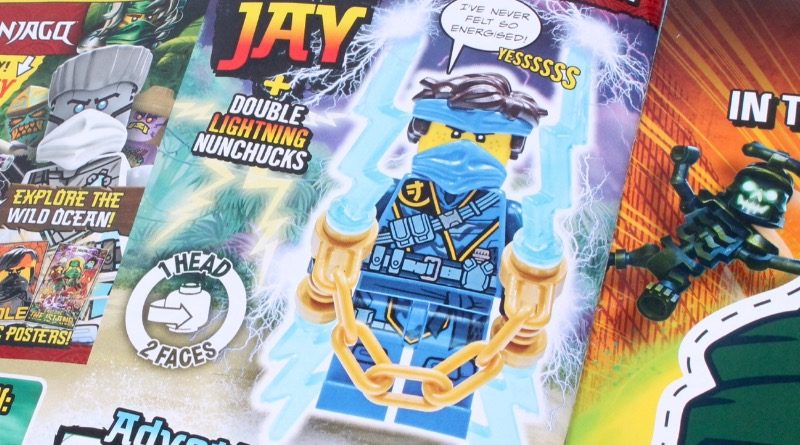 The current issue looks to be the last to include a character from 2020’s Master of the Mountain subtheme, which means we’re into The Island territory surprisingly early. The two sets that include Island Jay – 71747 The Keepers’ Village (review) and 71748 Catamaran Sea Battle (review) – have only just landed on shelves, and both command the highest price tags of the current wave.

That makes the £3.99 cover price to pick up Island Jay in the LEGO NINJAGO magazine even more tempting, particularly because it’s an incredibly detailed minifigure – from the dual-moulded hairpiece and double-sided head to its intricately-printed torso and legs.

This version of Island Jay also comes equipped with a pair of double lightning nunchucks, adding a fresh spark to the weapons the ninja carries in the regular retail sets. You’ll be able to grab him in Issue 75 of the LEGO NINJAGO magazine, which is slated to hit shelves in early May.

You’ve still got plenty of time to pick up Issue 74 before then, however, and grab that edition’s free Skull Sorcerer minifigure. You can take a closer look at the baddie by clicking here, or check out what’s inside Issue 74 by heading here.