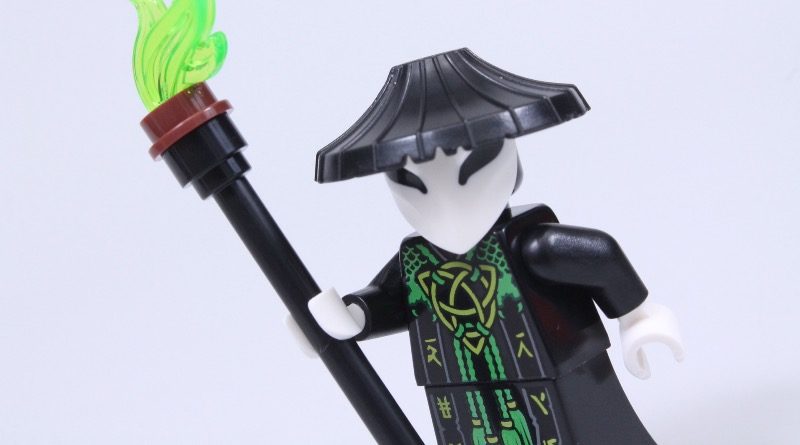 If you don’t fancy stumping up the cash for last year’s biggest LEGO NINJAGO sets, there’s now a much cheaper and easier way to pick up the Skull Sorcerer minifigure.

The Master of the Mountain subtheme’s antagonist was previously only available in 71721 Skull Sorcerer’s Dragon and 71722 Skull Sorcerer’s Dungeons, which are priced at £74.99 and £89.99 respectively. But thanks to the latest issue of the LEGO NINJAGO magazine, this imposing bad guy can be yours for just £3.99.

That’s the cover price on Issue 74, which is available now at all good supermarkets and newsagents. Bear in mind, though, that this isn’t a totally identical version of the Skull Sorcerer as he appears in 2020’s summer wave of NINJAGO sets.

The majority of the minifigure is present and correct, but he’s missing two important elements: namely his wings, which add dramatic depth to the character in those larger sets. He’s still pretty cool without them, but you’ll probably want to snap up a couple of spares from BrickLink if you don’t have any in your collection to hand – just don’t forget the translucent neck bracket, too.

The Skull Sorcerer’s luminous skull accessory has also been replaced by a basic staff with a torch on the end. That technically makes this the Staff Sorcerer, which sounds a bit like if your HR representative started practicing witchcraft. In this case, the original element is a little harder to come by – it’s exclusive to 71721 and 71722 – but it’s still relatively cheap to pick up on BrickLink.

You can take a closer look inside the pages of Issue 74 of the LEGO NINJAGO magazine by clicking here. Next month’s issue shifts to Season 14 and The Island with a free Jay minifigure.