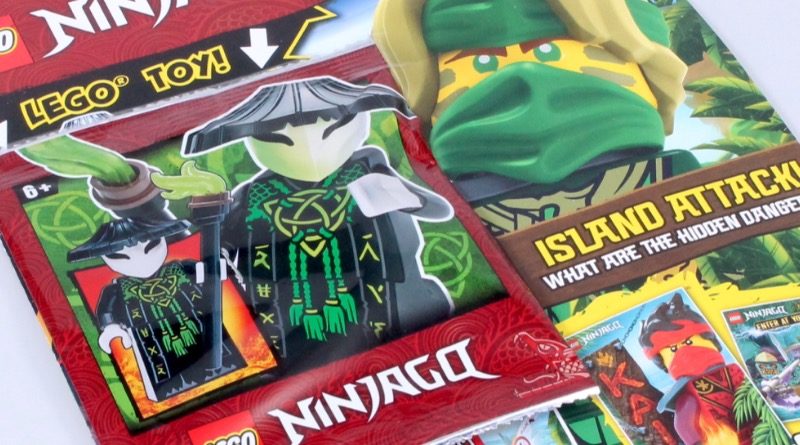 Issue 74 of the LEGO NINJAGO magazine is available now, and provides the best opportunity yet to get your hands on the villainous Skull Sorcerer.

The antagonist first showed up in last summer’s Master of the Mountain subtheme, but was walled off behind its two largest sets, 71721 Skull Sorcerer’s Dragon and 71722 Skull Sorcerer’s Dungeons. If you haven’t yet managed to get your hands on either of those, you’ll want to seek out the latest issue of Immediate Media’s LEGO NINJAGO magazine.

That’s because the black-and-green baddie is attached to the cover as a foil-bagged freebie, following on from last month’s semi-exclusive Zane minifigure. You can take a closer look at this also-slightly-alternate version of the Skull Sorcerer by clicking here.

As well as the free minifigure on the cover, Issue 74 of the LEGO NINJAGO magazine includes the usual mix of activities, puzzles, posters and comics to keep younger fans entertained, with plenty of focus on the latest and greatest NINJAGO sets – including the very impressive 71747 The Keepers’ Village.

It looks like this is the last Master of the Mountain character you’ll be able to pick up through the LEGO NINJAGO magazine, however, because Issue 75 is already moving on to Season 14’s characters with a free Island Jay. That’s pretty enticing given the corresponding batch of sets has only just hit shelves.

Look out for that issue to land at all good retailers in early May. In the meantime, Issue 74 should be available at supermarkets and newsagents right now, for just £3.99 – but only in the UK, as the official LEGO NINJAGO magazine isn’t published in the US.