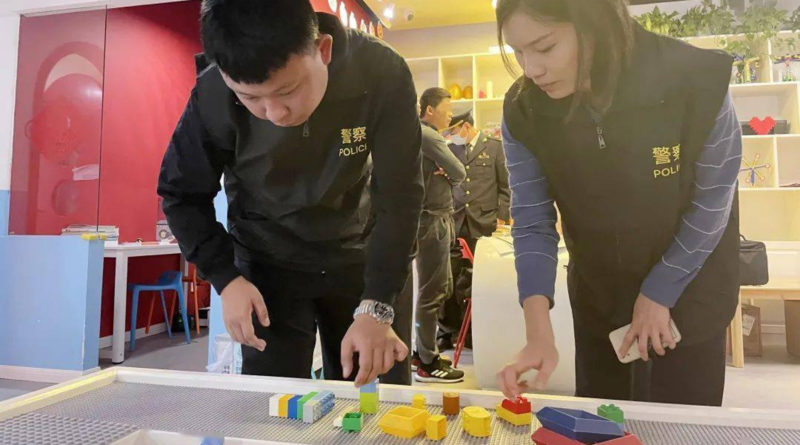 Following an amendment to China’s criminal code in March, Shanghai police have recently raided several fake shops that were using the trademarks of popular companies, including the LEGO Group and Apple, to attract customers.

Four of these locations are described on the Shanghai Municipal People’s Government website as being stores in the suburban Jiading and Songjiang districts as well as the Pudong New Area that were selling brick-based play sessions, with an image provided to news site Shine revealing that at least one of these locations was using the LEGO Group’s logo, likely without permission.

It is reported that by the time these operations were raided, more than 200 people had spent 1.1 million yuan or the equivalent of $172,000 at the fake shops. Two other cases including 20 repair stores using unauthorised company logos and seven car maintenance services are also mentioned in the report.

More than 30 people have been detained as part of the three cases and they are all pending criminal charges. Recently in Seattle, police also stopped an illegal operation involving LEGO sets thanks to the help of 75318 The Child.