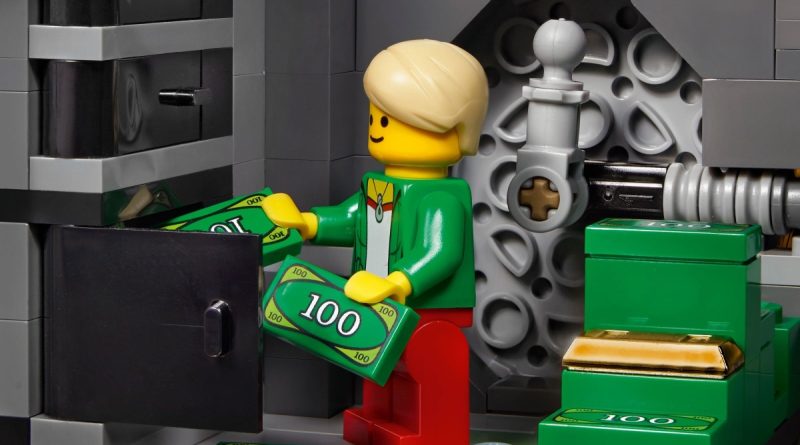 A second UK retailer has given us another partial list of LEGO sets increasing in price from September 1, so here are six more products to prioritise before those price hikes take effect.

There’s just over a week to go until the LEGO Group pulls the trigger on its new prices for the UK, Europe and the Middle East, with roughly a quarter of the current portfolio apparently due to be affected. While we don’t have a definitive list of the sets that will experience price rises, The Entertainer and Selfridges have both given us separate indications of at least some of the products that are in the firing line.

Among those are a wide range of LEGO Star Wars, Ideas, ICONS and Technic sets – some of which are going up by as much as 22%, while others will rise by up to £40 each. To help you swerve the worst of those increases, we’ve picked out six more sets (in addition to our first five) that you should prioritise while they’re still as cheap as they may ever be.

This year’s only LEGO set retiring in 2023 has just over a year left on shelves, but looks sure to spend the remainder of its lifespan at £69.99 in the UK. That’s a full 17% increase on 21331 Sonic the Hedgehog – Green Hill Zone’s original RRP of £59.99, so it’s definitely worth locking in that price while you still can – affordable LEGO Ideas sets like this one don’t come along very often.

The LEGO Star Wars Diorama Collection already feels pretty costly, so to see two of its three sets – 75329 Death Star Trench Run Diorama and 75330 Dagobah Jedi Training Diorama – rising in price so soon after launch isn’t great. If you’re hoping to pick them up at some stage (especially as they’re now rumoured to continue in 2023, so you’ll need them for a complete collection), we’d suggest prioritising the Dagobah set, which The Entertainer has already bumped from £69.99 to £79.99.

Billionaires don’t stay billionaires by wasting cash, so you can channel your inner Bruce Wayne by pre-emptively saving £30 on 76240 Batmobile Tumbler before the September price increases kick in. That’s how much the 2,049-piece Dark Knight set is apparently due to rise by next month, bringing its new price to £229.99. Still cheaper than the real thing, of course – but then we aren’t billionaires…

Representing the steepest increase of any LEGO set on this list in percentage terms, the price of 10280 Flower Bouquet will reportedly climb by a staggering 22% next month. In pound sterling, that’s a hike of £10, bringing the buildable bouquet up to £54.99 at retail. Whether you’re after a first, second or even third copy – you can rearrange the individual flowers as you wish, so it’s one that lends itself to multiples – bag them at their lower price while you can.

10302 Optimus Prime is a landmark LEGO set in more ways than one – but mainly in that it represents a first collaboration between the LEGO Group and Hasbro – and so should be at the top of many fans’ wish lists already. If it’s further down yours, consider juggling it around within the next few days, because the inaugural LEGO Transformers set is destined to increase by £10 (or 7%) on September 1. Not the biggest price increase around, but still one we could do without.

The latest Technic supercar might just be the best (it’s at least the most challenging to put together), but greatness comes at a cost. To be exact, 42143 Ferrari Daytona SP3 currently retails for £349.99, which is by no means chump change. But from September 1, it will seemingly rise by 11% – or a whopping £40 – which means you’re looking at a new RRP of £389.99. You’ve got just over a week to get your hands on greatness for a little less.

Click here for a full list of LEGO sets increasing in price in the UK on September 1 (according to Selfridges and The Entertainer), along with a complete rundown of all 116 sets that have already gone up in price in the US.

Support the work that Brick Fanatics does by purchasing your LEGO (with cheaper prices) using our affiliate links. Thank you!