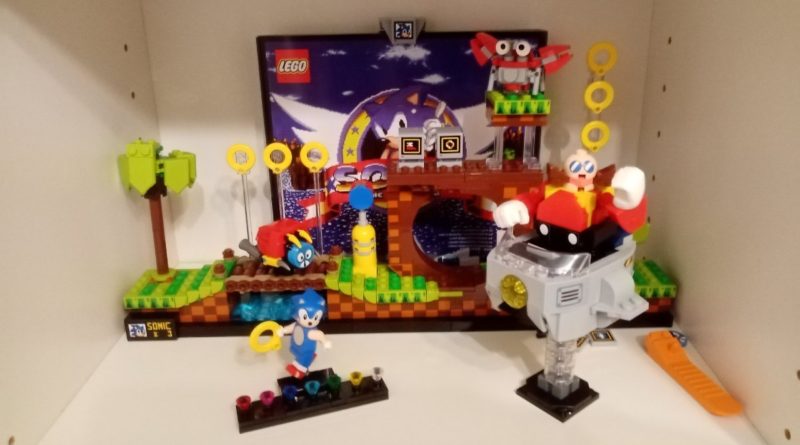 The instructions for 21331 Sonic the Hedgehog – Green Hill Zone has art that needs to be in a LEGO Ideas display, and one build has revealed how.

LEGO Ideas pays homage to one of the most recognisable hedgehogs in gaming in a brand new Sonic the Hedgehog model launched at the start of 2022. The build features plenty of Easter eggs to the games and the team of official and fan designers who transformed the original project into an officially released set.

These references continue in the instructions manual for the creation as previously reported. However, displaying the flat manual alongside the set might be a challenge, with one made of paper and the other made of bricks. Thankfully, Twitter user SameAsItEverWoz has found a way to display the manual and model, while keeping things thematically appropriate.

By using a variety of pieces not included in 21331 Sonic the Hedgehog – Green Hill Zone and one of the additional stickers for the Power-Ups, the original title for the 1991 video game can stand behind the official model on a custom display, acting as a backdrop for Green Hill Zone.

The Twitter user also mentions that their version of Eggman uses the suggested modifications from fan designer Viv Grannell.

You can grab a copy of the latest currently available LEGO Ideas set in-stores and online now, or read our review to see what to expect in the nostalgic model. The next LEGO Ideas build, 21332 The Globe, launches soon as well.