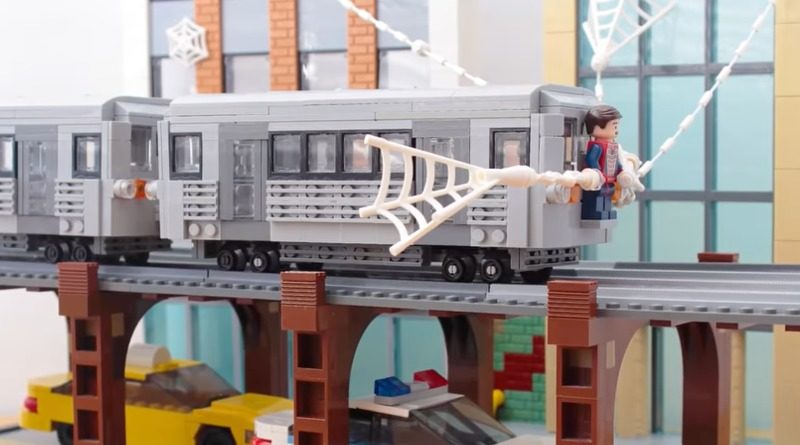 Tobey Maguire’s well-known scene stopping a train in Spider-Man 2 has been re-imagined in LEGO, 18 years after the film’s original release.

Spider-Man has seen various reincarnations over the years, and this latest one was created by LEGO YouTuber Hachiroku24. This is not the first Spider-Man-themed model they have made, following this rebuild of a 2003 LEGO Marvel Spider-Man set just last month.

Hachiroku24’s latest Spider-Man build shows the train itself on its raised rails running along an avenue of high-rise buildings. Underneath, a yellow New York taxi cab and a police car follow the train along a brick-built street. The video shows exactly how the YouTuber made all of the parts of the scene, aside from the cars, shown in a different video.

At the front of the train, there’s a minifigure of Spider-Man himself, hood off and webs extended from both arms, stopping the train from crashing by anchoring himself to the buildings. It’s a close resemblance, incredibly similar to the head-on shot showing the effort that the superhero had to put in to stop the train. The webs themselves are a mix of the LEGO Group’s own web parts and LEGO string, to give a real sense of how it actually looked in the original movie.

Overall, the entire build is a faithful rendition of the classic and well-loved scene, well-remembered by Spider-Man fans as an epic moment for the comic book hero, saving a train full of passengers from Doc Ock.