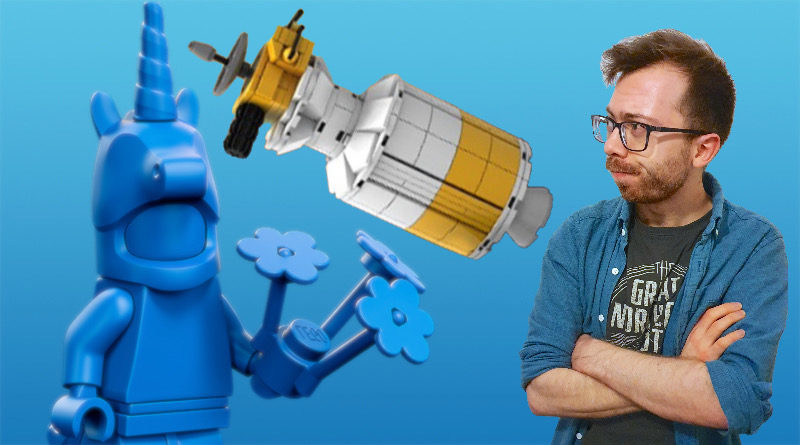 Given their limited availability, the negative publicity that surrounds them and the damage they surely do to the LEGO Group’s reputation, we have to ask: what is the point of the exclusive VIP rewards?

The latest chapter in what’s now a very long-running saga was written by the Ulysses Space Probe this morning, when the complementary set to 10283 NASA Space Shuttle Discovery launched at LEGO.com, promptly broke the VIP Rewards Centre, and left countless disappointed fans in its wake.

A quick glance online will tell you the only ones who are really happy with this situation – bar those lucky few who managed to secure a set for themselves – are the resellers who are currently having a field day on eBay, where the promotional space set is fetching as much as £175.

The real rub, though, lies in the fact that this isn’t exactly out of the ordinary for the LEGO Group. As recently as two weeks ago, its fourth Collectible Coin launched in the VIP Rewards Centre, before selling out pretty much straight away (and, predictably, ending up on eBay for way too much money).

What follows these botched launches is inevitably – but altogether appropriately – a chorus of dissatisfied, disappointed and disillusioned fans throwing shade at the LEGO Group across social media platforms, raining negative publicity down on what’s supposed to be the most reputable company in the world.

Worse still, it doesn’t have to be this way. The LEGO Group clearly has the capacity to churn out far more of these limited sets than it does, given the sheer number of products it otherwise launches in any given year, and – you’d hope – should be able to accurately forecast demand for any one of those products, including its promotional items.

That’s an especially salient criticism when it comes to the subject matter at hand here, because the company is obviously aware of how popular real-world space sets are. 10283 NASA Space Shuttle Discovery is the fourth NASA-inspired set in five years, and one of those sets has even been relaunched mere months after its initial retirement as 92176 NASA Apollo Saturn V.

With that in mind, in what universe would a limited-edition model designed to accompany the latest NASA release not be met with incredible demand?

Okay: maybe that’s the point. Maybe the LEGO Group is actively trying to cultivate an air of exclusivity and collectability around some of its products, in turn driving the secondary market for the rest of its sets (and thus boosting sales all around).

But are those margins really worth potentially sabotaging its own reputation among some of its most ardent fans? Is the added brand value genuinely enough to outweigh the toxic publicity and overwhelming criticism that constantly and consistently follows these launches?

For the time being, the LEGO Group seems to think so. But if the company continues in this direction – restricting what might have once been traditional gifts-with-purchase, like the Ulysses Space Probe, to those few fans lucky enough to access the VIP Rewards Centre without it completely self-destructing on them – it’ll be interesting to see just how long it can maintain course before those negative consequences begin to outweigh the benefits.