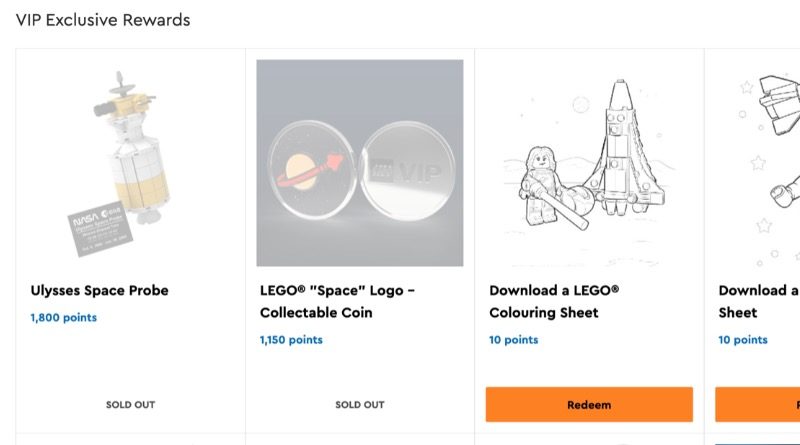 LEGO.com buckled under the pressure of overwhelming demand for the NASA Ulysses Space Probe VIP reward this morning – but is that really a surprise to anyone at this point?

It’s said (perhaps not by Albert Einstein) that the definition of insanity is doing the same thing over and over again and expecting a different result. By that metric, we must all be certifiable for heading into another limited VIP promo and expecting anything other than a complete catastrophe.

In true LEGO fashion, that’s exactly what greeted the vast majority of fans scrambling to spend their 1,800 points on the Ulysses Space Probe, which was originally intended to launch alongside 10283 NASA Space Shuttle Discovery at the beginning of April.

When the promo first went live at 9am UK time, we were met with a prompt to accept new terms and conditions (great timing). Agreeing to those terms brought up the very helpful ‘something went wrong’ message, blocking us from accessing the VIP Rewards Centre altogether.

And when we did finally get through half an hour later, it had sold out. Obvs.

Unfortunately for the LEGO Group, it looks like dozens of other fans have had a similar experience. Just scroll through these replies to our tweet earlier this morning for a play-by-play description, which paints a sorry picture of the company’s ability to simply sell one of its products, as if that’s not the baseline of its entire operation.

Don’t worry if you didn’t manage to redeem your points for the Ulysses Space Probe, though: you can always grab it from eBay, where it’s already listed for £100 and up. One US auction currently stands at $224 (roughly £163), despite the fact the promo won’t go live in the States until 9am EST. (So, you know, approach that one carefully.)