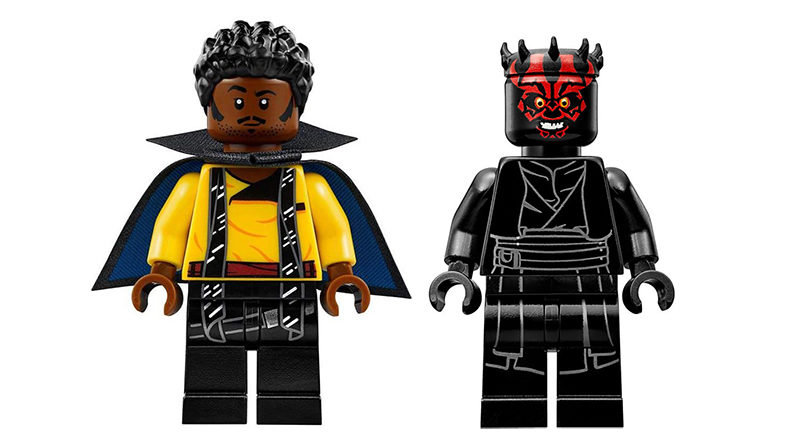 New Star Wars streaming series are rumoured for Disney+, with one possibly following Donald Glover’s Lando Calrissian and others featuring Darth Maul as an antagonist.

Rumours suggest that new Star Wars series are on the way to Disney+, with one alleged series following Donald Glover as Lando Calrissian and multiple shows expected to feature Darth Maul as the villain. Ray Park’s character will be joined by Emilia Clarke’s Qi’ra according to the rumours, in events following the film Solo: A Star Wars Story.

Kessel Run Transmissions reports the rumoured Lando Calrissian series, suggesting that Billy Dee Williams may also be involved. The Direct reports the Darth Maul rumours, which if true will mean that Lucasfilm intends to continue telling the story of a character who died in Star Wars Rebels.

If any of these rumours turn out to be true, LEGO fans can be sure to expect some Star Wars sets based on the resulting series.

A new Star Wars animated series was recently announced, titled The Bad Batch. Other new shows always announced include one that will follow Cassian Andor and another that will follow Obi-Wan Kenobi. The Mandalorian Season 2 is coming later this year.