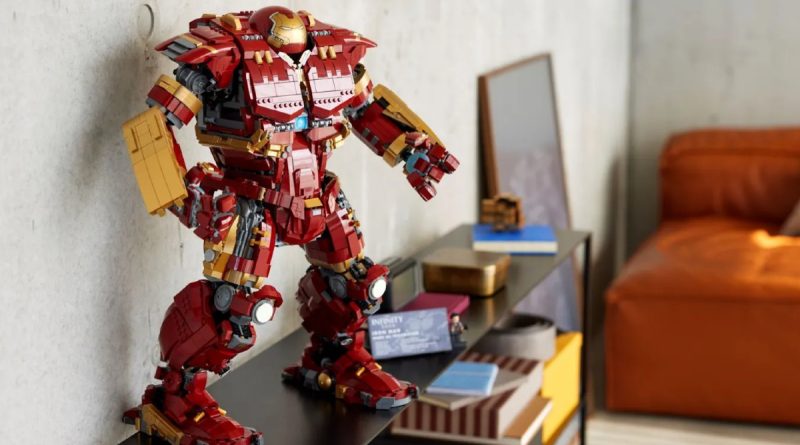 Smashing through multiple boundaries for the LEGO Marvel theme comes 76210 Hulkbuster, which is available to VIP members from today.

Weighing in at 4,049 pieces for £474.99 / $549.99 / €549.99, 76210 Hulkbuster is far and away the biggest and most expensive Marvel set the LEGO Group has ever released, knocking 76178 Daily Bugle off both those pedestals. It doesn’t quite reach the incredible height of last year’s skyscraper, but the massive mech is still pretty imposing at 52cm tall. (It’s taller than every other Hulkbuster, anyway.)

You might also want to add 76206 Iron Man Figure to that order if you don’t own it already, as the buildable action figure is purpose-designed to sit inside its much bigger sibling. (It will probably do a better job of piloting it than those pigs, anyway.) It’s seemingly the feature around which 76210 Hulkbuster was designed, though the larger mech also packs in three light bricks and articulated arms.

If you’re not a VIP member, you’ll be able to buy 76210 Hulkbuster from November 9. Signing up to the LEGO Group’s loyalty program is totally free, though, and comes with all sorts of benefits – including points back to spend on future purchases (or exclusive rewards), and early access to new sets. Like the Hulkbuster! Win-win.