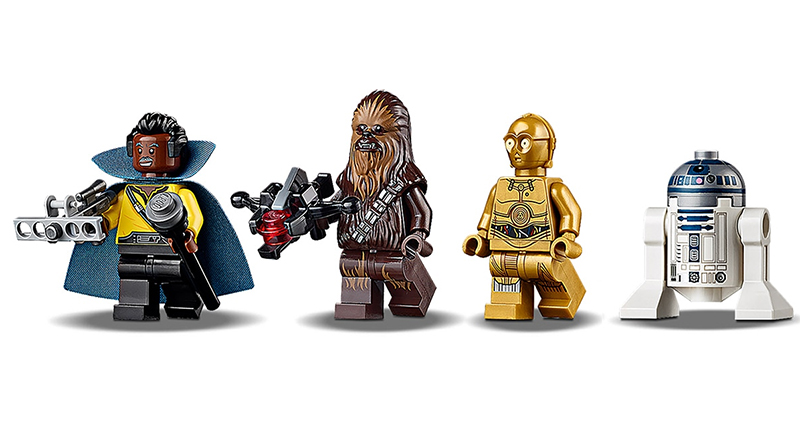 What do the new LEGO sets reveal about The Rise of Skywalker? Brick Fanatics picks out ten things that fans can glean from these releases…

Fans finally have their hands on the LEGO Star Wars sets inspired by The Rise of Skywalker. These new products provide a glimpse of new characters and a chance to know some vague details about the upcoming finale of the Star Wars saga – Episode IX: The Rise of Skywalker. The LEGO Group has released eight new sets, five of which tie in to the movie, so Brick Fanatics has pored over the box art, minifigures and anything else that may provide a clue as to what to expect in December…

If you don’t want any spoilers, even speculation, then hit the Hyperdrive in the other direction and stop reading now.

The return of Black Squadron

Included in 75248 Resistance A-wing Starfighter is a minifigure of Temmin “Snap” Wexley, who fans may recognise as the reconnaissance pilot from The Force Awakens. Black Squadron is the team of highly skilled pilots under Poe Dameron’s command and featured throughout Marvel’s comic book series about the hotshot pilot, so expect to see them flying in the film.

The Resistance base is on a jungle planet
On the reverse of the boxes for 75257 Millennium Falcon and 75248 Resistance A-wing Starfighter, the graphics show the ships on a lush jungle-type planet. This appears to be the same place in the teaser trailer when Leia and Rey hug, so it is highly likely that this is where the Resistance is now hiding out. 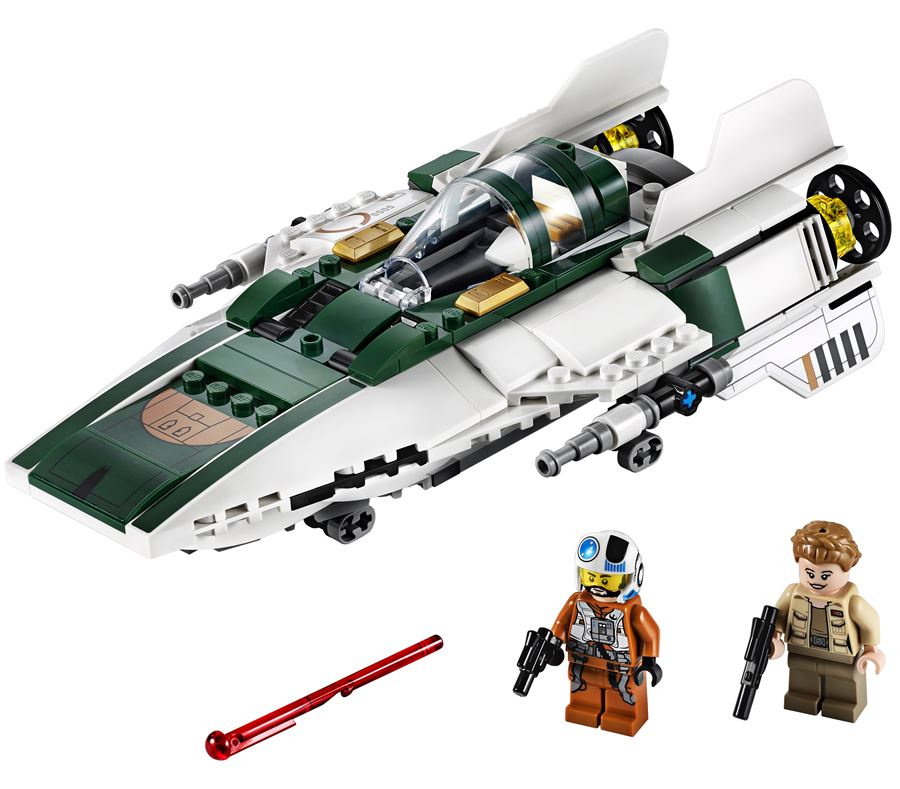 Classic starfighters are back
Okay, so this is pretty obvious with the release of both 75249 Resistance Y-wing Starfighter and 75248, but it proves that after the Resistance fleet is decimated in The Last Jedi their forces are being re-built with trusty, classic starfighters. There is even a brief glimpse of them, along with a Rebel Blockade Runner, in the teaser trailer.

There’s more to Kijmi than first appears
For fans wondering, Kijmi is the snowy planet quickly seen in the teaser trailer and it has been confirmed that new scoundrel Zorii Bliss comes from this cold world. The inclusion of a Poe Dameron minifigure in 75249 Resistance Y-wing Starfighter could suggest that he goes there to recruit Zorii for some reason… 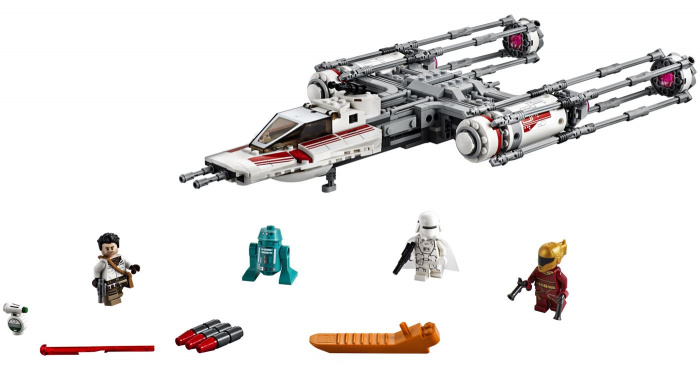 Pasaana is similar to Tatooine and Jakku
Another new world is Pasaana, featured a lot in the teaser trailer with plenty of dramatic moments. The box art for 75250 Pasadana Speeder Chase shows moisture vaporators and craggy outcroppings of rock, so it is clearly a desert planet with a similar climate to Jakku or Tatooine.

Pasaana may be a very important location
Only one LEGO set is based around Pasaana, but considering its prominence in the trailer, it may be quite important. It seems that there is a large First Order presence on the world, between the Jet Troopers included in 75250 Pasadana Speeder Chase and images from Vanity Fair showing the Knights of Ren also on the planet. 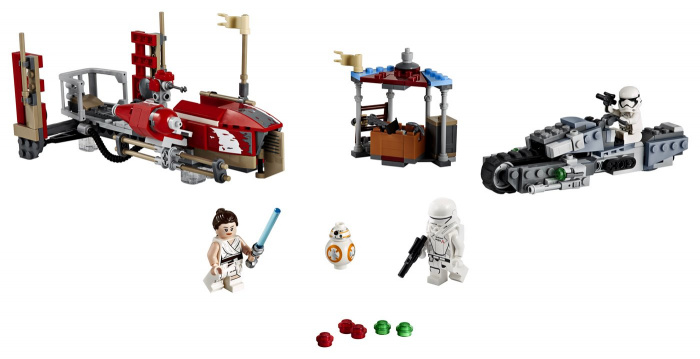 Lando Calrissian may have modified the Millennium Falcon
Seeing Lando back behind the controls of the Falcon was a real highlight from the Star Wars: The Rise of Skywalker teaser trailer for many fans, and it could be that the ‘old smoothie’ has upgraded (or downgraded, depending on your point of view) the Falcon with the return of its round radar dish in 75257 Millennium Falcon.

There’s a dogfight over a planet
It is an absolute certainty that there will be dogfights aplenty in The Rise of Skywalker, but interestingly the box art for 75248 Resistance A-wing Starfighter and 75257 Millennium Falcon show both ships battling against the immediately recognisable green lasers of First Order forces above the same planet. On the boxes this looks like a dusty, desert world, so it could be Pasaana. 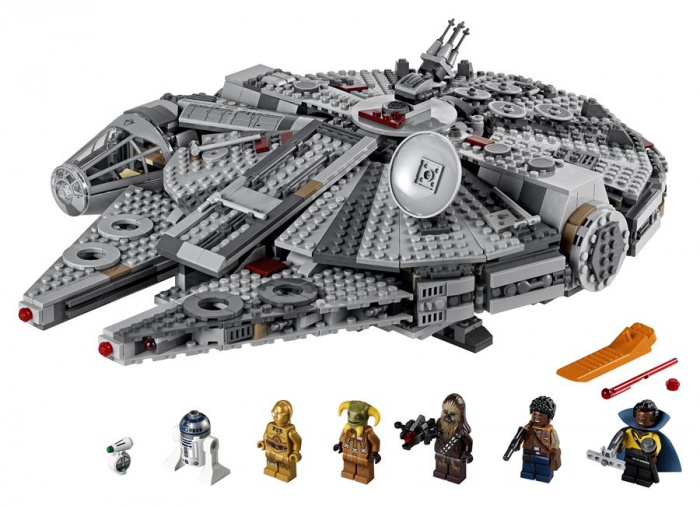 Kylo Ren is visiting a mysterious world
The inclusion of so many new characters in 75256 Kylo Ren’s Shuttle is not anything to go by as the previous version, 75104, also packed in a ton of minifigures to increase its appeal. Tthe box art does show the shuttle over a mysterious, dark-looking planet that does not match anything yet seen and could be an entirely new world.

Respect the droids
It all began with droids and it is highly likely that they will play an important role at the end too. Although there’s a lot of hype around new droid D-0, who is included in 75257 Millennium Falcon and 75249 Resistance Y-wing Starfighter, expect every droid to play its part. Particularly C-3PO, with the D23 reel showing him with red eyes and a poster showing him wearing Chewbacca’s bowcaster. 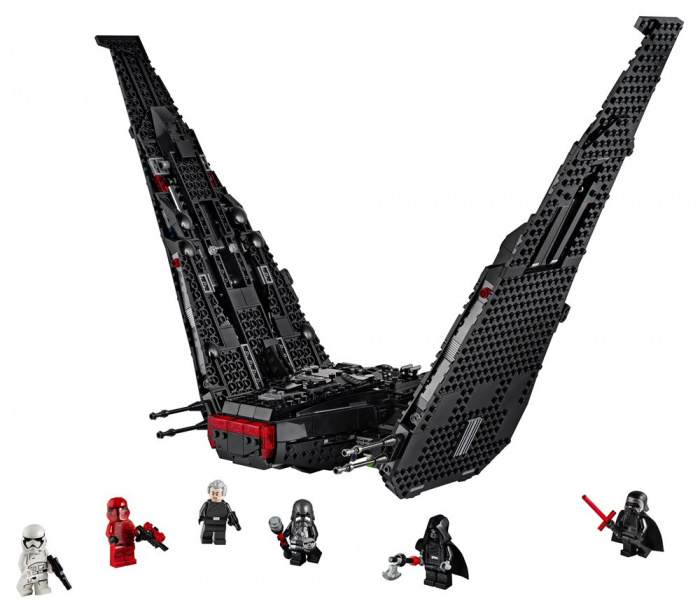 One of the great things about Star Wars is the fun that fans can have speculating about upcoming films and television series, and what may or may not happen. Yoda would say “always in motion is the future”, and until The Rise of Skywalker is released in December, these LEGO sets provide just little hints of what is to come…