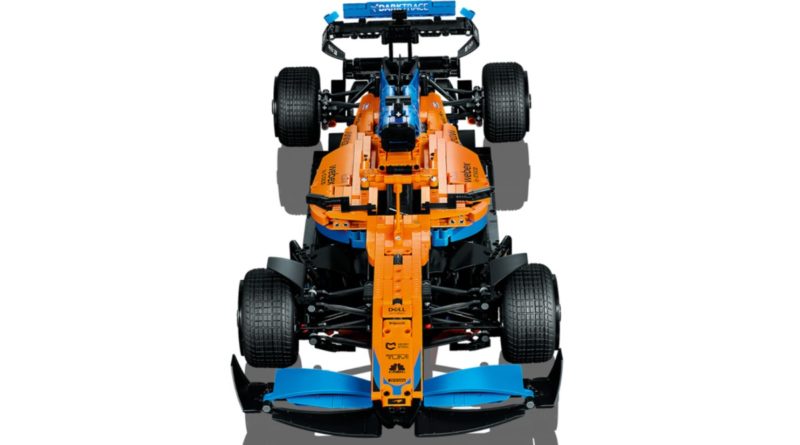 42141 McLaren Formula 1 Race Car is the first Formula 1 car in LEGO Technic, but there has been more open-wheel cars in the past 28 years.

The newly-revealed 42141 McLaren Formula 1 Race Car is the first licensed Formula 1 car from LEGO Technic, though it is not the first model when it comes to huge open-wheel vehicles from the complex theme and beyond.

Before the launch of 42141 McLaren Formula 1 Race Car on March 1, we’re working through the history of similarly-designed LEGO cars featuring over 700 pieces or more to see how the builds have evolved so far.

From the first glance at 8880 Super Car, you might be thinking that 42141 McLaren Formula 1 Race Car isn’t the first LEGO Technic Formula 1 set. However, 8880 Super Car featured an alternate build for an open-wheel race car using 1,343 bricks and was unlicensed. However, it did feature a reference to Octan on the livery.

8458 was next for LEGO Technic in 2000 with a 1,355-piece build that included a driver behind the wheel. Compared to 42141 McLaren Formula 1 Race Car‘s 1,432 elements, the two sets are similarly sized given the 22 years of difference between them.

Two years after 8461 Williams F1 Team Racer, LEGO Racers was ongoing and saw the launch of 8386 Ferrari F1 Racer 1:10, one of the smallest models on this list with just 738 elements. It still managed to represent the Ferrari racing team including references to Vodafone, Shell and AMD on the livery.

Another two years later and LEGO Racers would include the larger 8674 Ferrari F1 Racer 1:8, presenting an upscaled version of the team’s most recent race car, ready to hit the track with functional steering and a build that showcased the inner mechanisms.

Continuing the pattern, 8157 Ferrari F1 1:9 launched in 2008 and included 997 elements, but only those that would usually be found outside Technic. This version of the open-wheel car design was brick-built using the standard LEGO System with plenty of studs across the lengthy model.

Returning to LEGO Technic, another unlicensed open-wheel race car was released eight years ago in 2013. 42000 Grand Prix Racer featured a similar design to 42141 McLaren Formula 1 Race Car but was otherwise not partnered with any company, with only the logo for LEGO Technic appearing on the livery.

Support the work that Brick Fanatics does by purchasing your LEGO race cars using our affiliate links.