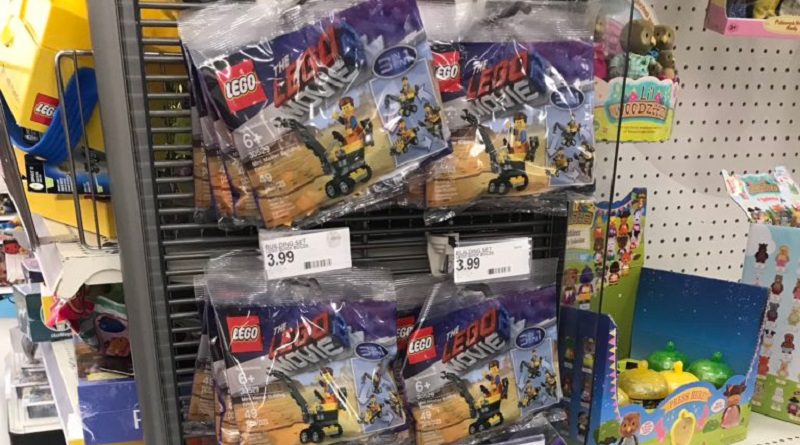 Another polybag from The LEGO Movie 2: The Second Part theme, 30529 Mini Master-Building Emmet, has been found at stores in the USA.

It seems that fans will have plenty of The LEGO Movie 2: The Second Part polybag sets to collect, with 30529 Mini Master-Building Emmet now found in stores. The Brick Fan reports that the little build has been found in both Wal*Mart and Target stores, priced at just under $4.00.

This set is similar to 30528 Mini Master-Building Metalbeard – like that little polybag, the bricks in the bag can build three different models. The core characters – Emmet, Lucy, Batman, Unikitty, Metalbeard and Benny – were all revealed to be Master Builders in the original LEGO movie. In this particular set there are 49 pieces, including the Emmet minifigure. 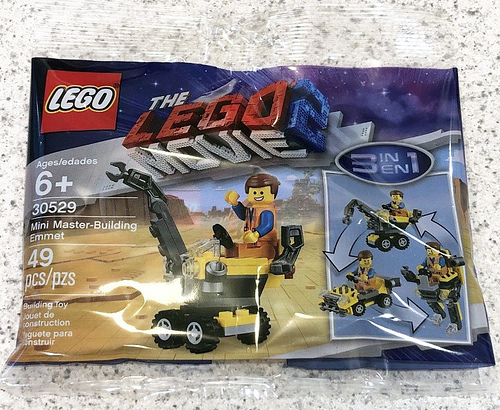 Other polybags found or revealed already include 30620 Star-Struck Emmet, 30340 Emmet’s Piece Offering and 30527 Lucy vs. Alien Invader. Typically such sets are available as part of promotions in the UK and Europe. More substantial builds are now available from shop.LEGO.com, with the launch range having launched on December 26.