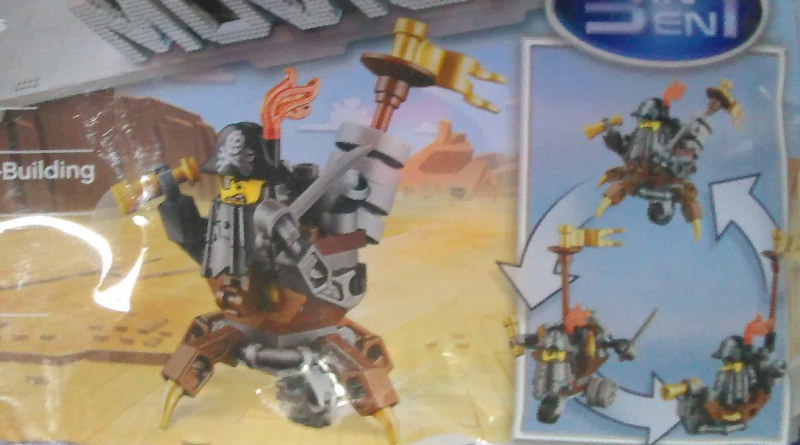 Fans have a glimpse at the first polybag that will be part of The LEGO Movie 2: The Second Part theme, 30528 Mini Master-Building Metalbeard.

With the new theme for The LEGO Movie 2: The Second Part just weeks away from release, additional items that will support the regular retail sets should start showing up. Brickset has revealed the first polybag for the theme, sharing an image of 30528 Mini Master-Building Metalbeard.

This little polybag features the cobbled-together pirate captain Metalbeard, in a smaller form than he appeared in The LEGO Movie. Still using pirate-y elements to make up his smaller body, the main build is reminiscent of a little walker mech. There are two alternate builds, one that recreates Metalbeard as a tricycle and one that changes him into a ship.

Recently, the full range of sets that are coming to support the animated feature were listed in the The LEGO Movie 2: The Second Part category at shop.LEGO.com. With anticipation building, Brick Fanatics picked out some of the best looking sets from the new selection.