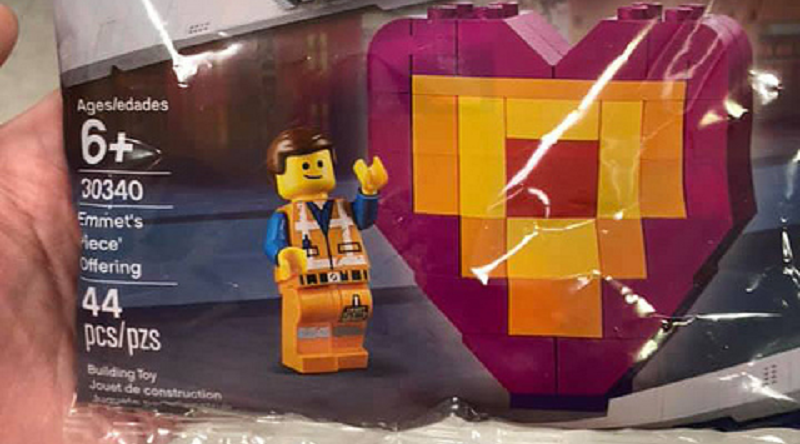 Another The LEGO Movie 2: The Second Part polybag set has been revealed, 30340 Emmet’s Piece Offering.

The third polybag for The LEGO Movie 2: The Second Part, only this one has been found in store at Target available for purchase. The Brick Fan reports that 30340 Emmet’s Piece Offering was discovered at a branch of the popular US chain, where such sets usually cost $3.99.

It is a simple set containing an Emmet minifigure and rudimentary brick built heart. Given the name of the set, it seems that the plucky construction worker will offer this to the DUPLO invaders in the hope of maintaining peace – or piece – but given that Bricksburg ends up as Apocalypseburg, that is unlikely to end well. 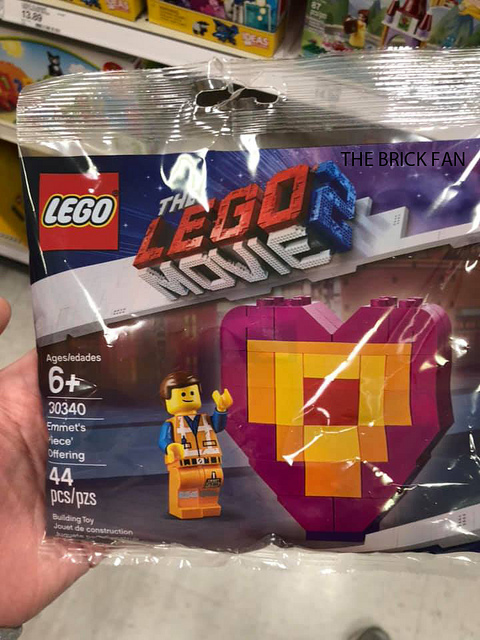 Fans in the US should look out for the set, as polybags often turn up earlier than other products. It is the time in December though when stores start breaking the January embargo, so lucky fans may find The LEGO Movie 2: The Second Part sets early when checking out the toy aisles.

The two other polybags to have been revealed so far are 30620 Star-Struck Emmet and 30528 Mini Master-Building Metalbeard.