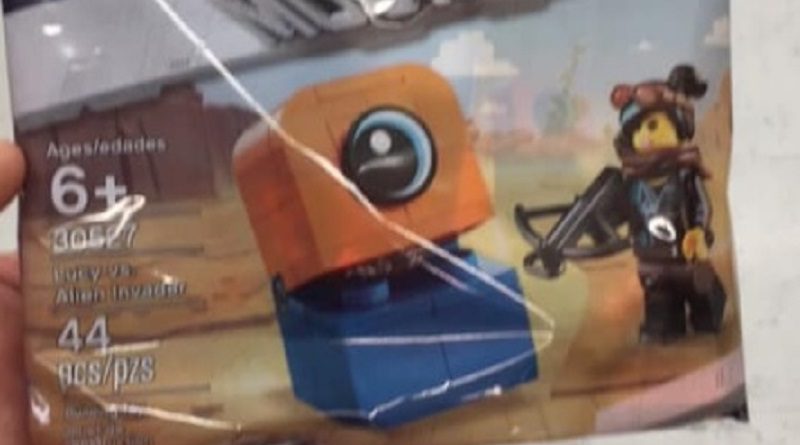 There is another polybag to add to The LEGO Movie 2: The Second Part checklist, with 30527 Lucy vs. Alien Invader showing up at Wal*Mart.

Found in a Wal*Mart store, 30527 Lucy vs. Alien Invader is the latest polybag for The LEGO Movie 2: The Second Part theme to show up. It was found by Aaron Hanks and shared on Facebook, then picked up by the Brick Fan. This little set was priced at $3.99.

With 44 pieces included, the set builds a DUPLO alien much like the one found in 70827 Ultrakatty and Warrior Lucy! (reviewed here). The Lucy minifigure included is the version for the new movie, with goggles on her hairpiece and a scarf to represent the harsh environment that the Master Builders now live in. 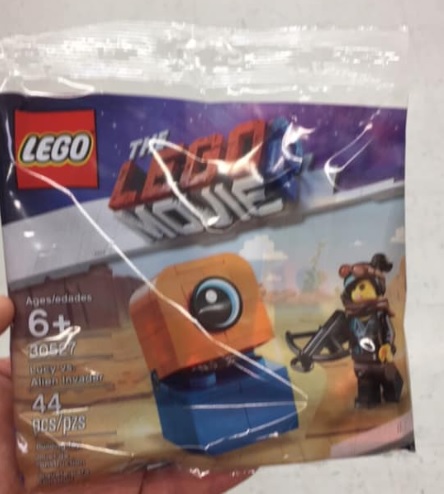 Although they are officially due to launch on December 26, some The LEGO Movie 2: The Second Part sets have been turning up early, polybags in particular. In addition to 30527 Lucy vs. Alien Invader, three have been found so far; 30340 Emmet’s Piece Offering, 30620 Star-Struck Emmet and 30528 Mini Master-Building Metalbeard.

The LEGO Movie 2: The Second Part will be released in cinemas on February 8, 2019.