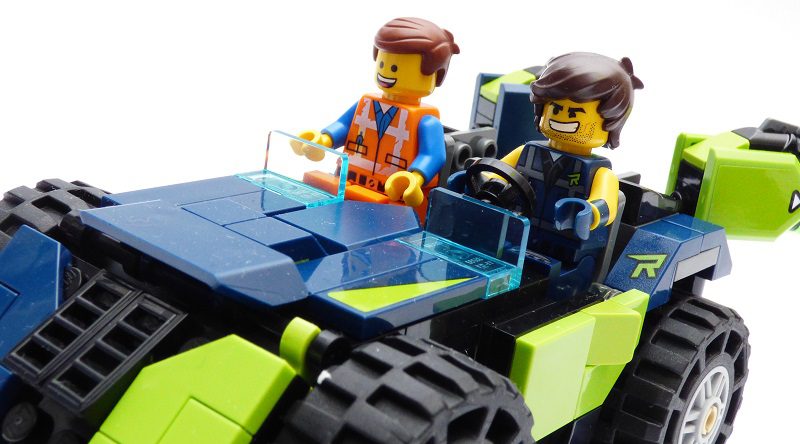 Is 70826 Rex’s Rex-treme Offroader Rex-treme enough to be added to a fan’s The LEGO Movie 2: The Second Part collection?

Rex Dangervest’s appearance says so much about the character, and in the same way so do his vehicles. With the distinctive dark blue and lime green colour scheme found in 70826 Rex’s Rex-treme Offroader and 70835 Rex’s Rexplorer, he clearly has a singular vision. There is no mistaking these vehicles for anything from Apocalypseburg or the Systar System – Rex is his own guy. 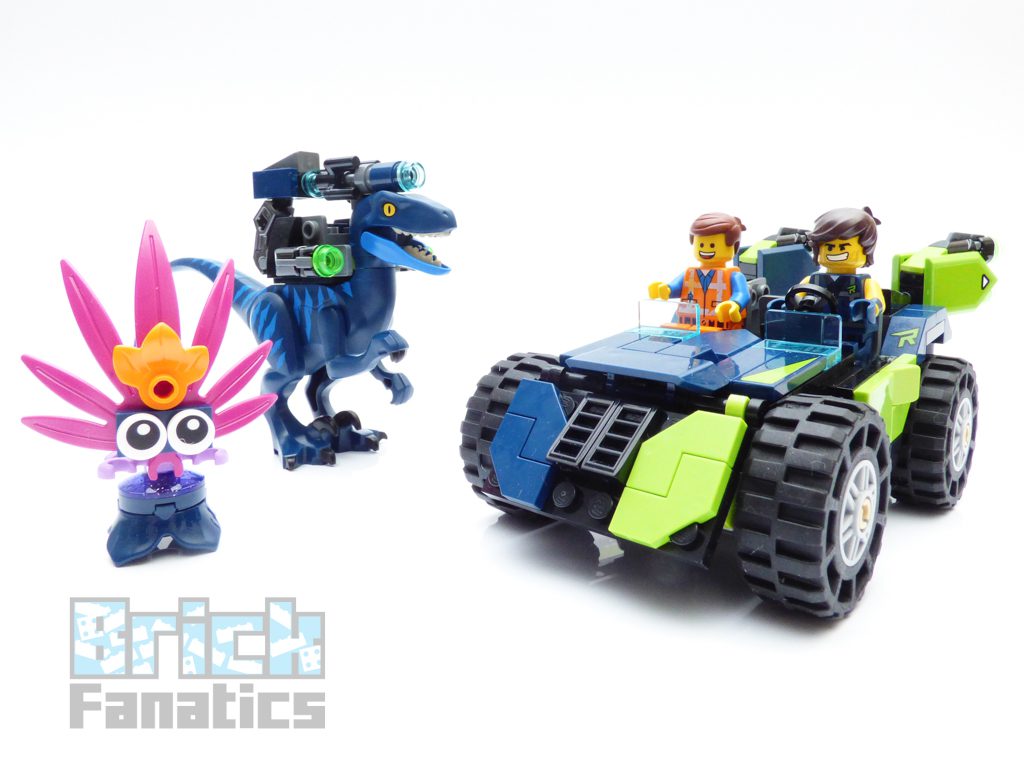 In the case of 70826 Rex’s Rex-treme Offroader, the vehicle is a bulky, military looking vehicle. If this were in army green, it would seem right at home on a battlefield – but the LEGO Group doesn’t touch such subject matter. That this is an aggressive looking vehicle fits right in with the action hero that Rex Dangervest seems to embody.

While the NEXO KNIGHTS shield element and some of the other smooth pieces give the vehicle a neat look, it mainly looks functional. Big chunky tyres give the sense that this can handle rough terrain, with the sizable back guns ready to deal with anyone in pursuit.

Because the vehicle is part of the luxurious The LEGO Movie 2 theme, this is not a compromised one seat car. There are three roomy seats – Emmet and Rex can both sit upfront, or one of them can sit at the back to man the dual guns.

The newly coloured Raptor is built into the Recon Rex-o-saurus, with a gizmo attached to the dinosaur’s back. Finally, a cute little Plantimal rounds out the set and utilises elements in absolutely delightful, desirable colours.

This being part of the LEGO cinematic brick bucket means that the set can be rebuilt, suggesting that in the film Emmet and Rex will be re-using the car. The Rex-o-saurus Quad is a bizarre, Frankenstein looking creation – hopefully the Raptor volunteered for this. It is fun that it allows a minifigure to ride on the beat’s back.

Less creepy and more fun is the Execu-Rex-o-saurus, a business minded dinosaur who uses special limbs to hold a coffee cup and briefcase. There is space for a minifigure on its back, too.

Emmet is his usual chirpy self in this set, with a super happy smile on one side of his face and a scared expression on the other. The latter looks great when he is sat in the vehicle’s passenger seat. As for Rex Dangervest, his minifigure is excellent – big, expressive hair and an equally big grin pack him with personality. The well defined design works well on his torso, and he even has printing in his yellow arms.

At this price, the set is fair value and provides a taste of the Rex Dangervest character. Compared to other sets in the range though, this does not have the most inspired design, so while it is well executed is not as instantly appealing as the imaginative 70829 Emmet and Lucy’s Escape Buggy or attractive 70830 Sweet Mayhem’s Systar Starship.

70826 Rex’s Rex-treme Offroader is available now at shop.lego.com. You can help support Brick Fanatics’ work by using our affiliate links. 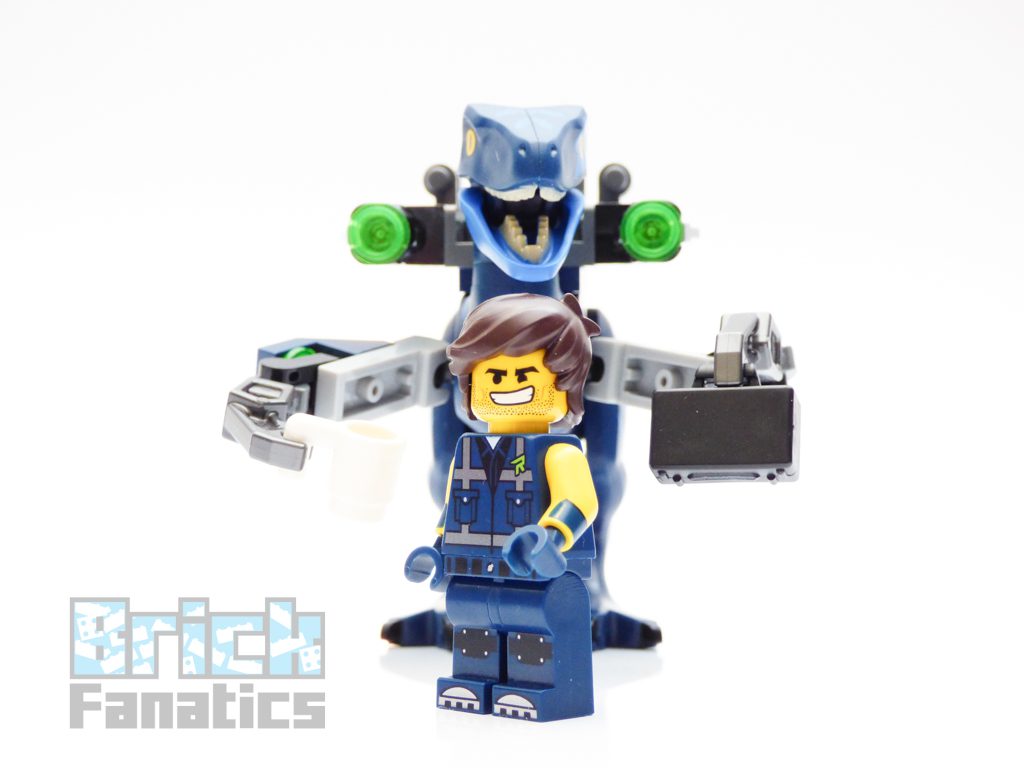