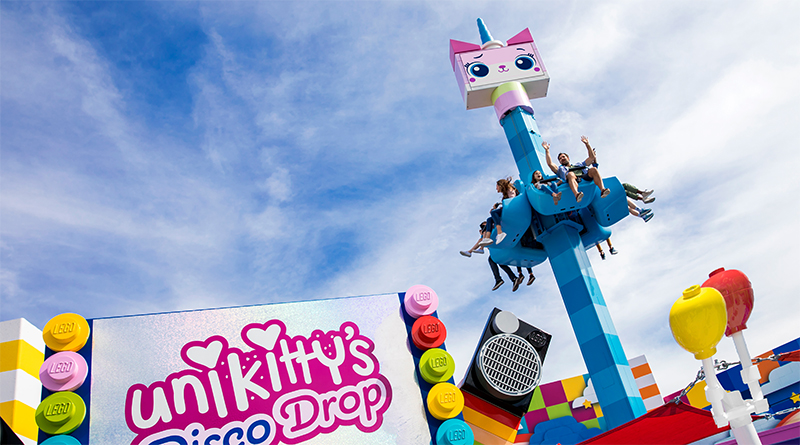 When LEGOLAND Billund reopens on March 28, The LEGO Movie World will open for the very first time.

Announced last year, The LEGO Movie World is about to open at LEGOLAND Billund. The theme park is opening an entire new land themed around the LEGO cinematic film series with brand new attractions.

Emmet’s Flying Adventure – Masters of Flight with be the flagship attraction that will see guests soaring above the world of The LEGO Movie. Apocalypseburg Sky Battle will allow children to control their own aircraft, deciding how much the 14 metre high vehicle should rotate. Unikitty’s Disco Drop will also open to provide fast-paced thrills. A playground will be themed around a spaceship creation of Benny’s.

The six new hotel rooms will be carefully themed to match The LEGO Movie universe.

“We are very pleased to have another new land and three new rides here in LEGOLAND. It will be a unique and thoroughly exhilarating experience, and our guests will no doubt feel that they are entering the amazing universe they know from the LEGO films,” said Christian Woller, director of LEGOLAND, when the land was announced.