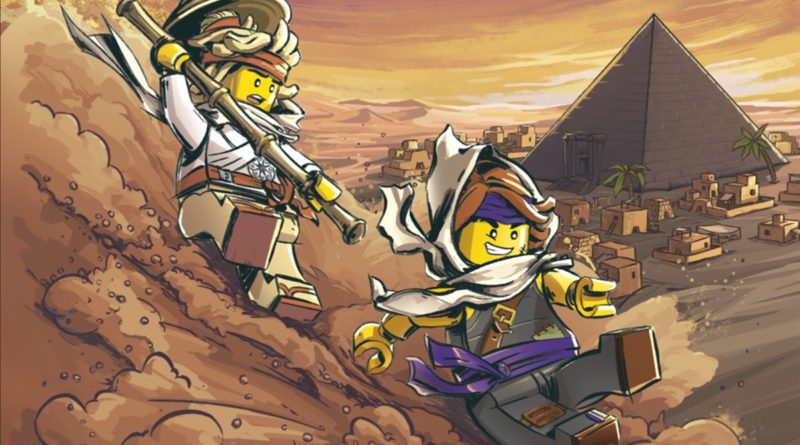 Following the release of the first two LEGO NINJAGO Spinjitzu Brothers titles in September 2021, another tale in the series has been announced. After the events of The Curse of the Cat-Eye Jewel and The Lair of Tanabrax, The Maze of the Sphinx will launch on May 3 to continue the prequel story of Wu and Garmadon.

The Penguin Random House website revealed the title through a listing. The description states that the two brothers will find themselves trapped in a maze with another character that may be a friend or foe. Judging by the title and cover art for the book, this may be a Sphinx, or the mythical creature might be involved in another way.

The cover art also shows Wu and Garmadon sliding down a dune in front of a pyramid and village. Anyone familiar with the show will know that a similar location was featured in a recent season as part of the brothers’ past adventures.

After the reveal of the first two books in the series, NINJAGO co-creator Tommy Andreasen confirmed that the novels are canon to the main story of NINJAGO.

Also coming later this year is a new LEGO NINJAGO comic coming from Skybound Entertainment focusing on a much older Garmadon after he went missing at the end of March of the Oni.