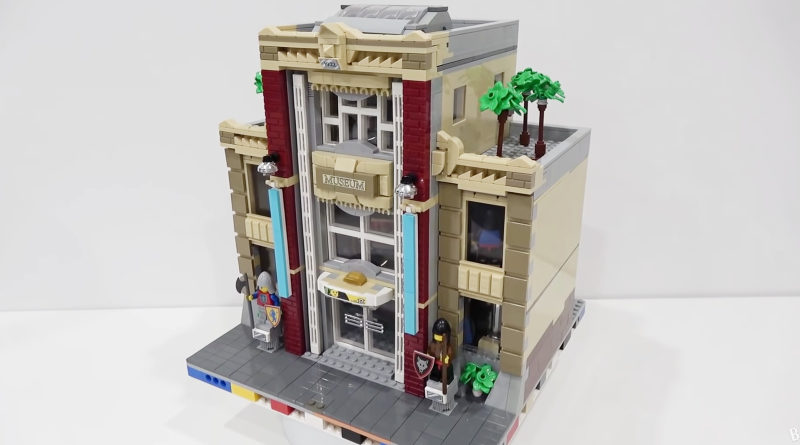 The question of what a LEGO museum Modular Building would look like has been answered in a build that revisits past sets and themes from the LEGO Group.

Bricksie took the time to showcase the model, which was created by another YouTuber, The Brick Marshall. The three-tiered building features a full interior that is large enough to fit some real LEGO sets.

As your minifigures enter the museum, they are greeted by the friendly receptionist and part of the Roman Chariot gift-with-purchase suspended above them. To their left, they can explore the era of Ancient Egypt, featuring references to LEGO Adventurers and a Collectible Minifigures series.

Ascending to the next floor you can find an exhibit dedicated to the warriors of history, with Easter eggs for LEGO Castle and NINJAGO. You might even find some artifacts donated by famed explorer Indiana Jones.

The top floor is themed to Space with a Satellite suspended from the ceiling and a diorama dedicated to influential women. You might recognise the builds from 21312 Women of NASA. The vast amount of displays in the build comes in no small part from a lack of stairs, suggesting that the minifigures have been creative in scaling the building.

LEGO Modular Buildings continue to prove popular among builders, and it may be that one day a Museum is the subject of a future set. Looking to the present though, the next model to retire is back in stock at LEGO.com.

been Support the work that Brick Fanatics does by purchasing your LEGO using any one of our affiliate links.