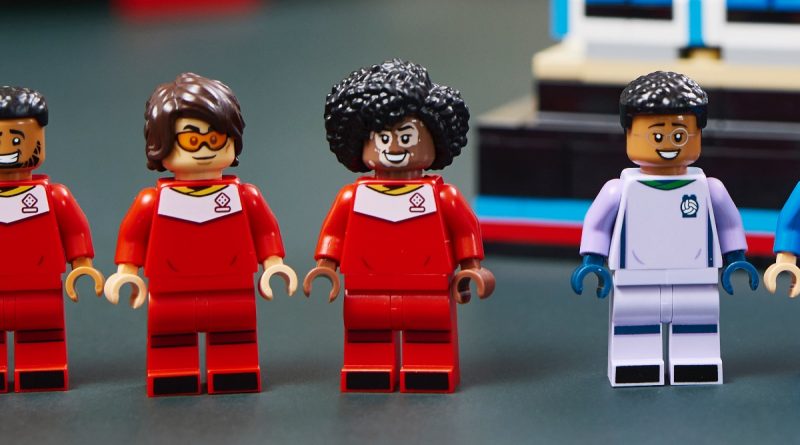 In recent years, the diversity of LEGO minifigures has taken huge strides, ranging from skin tones to entirely new elements for disabilities.

21337 Table Football is just the latest example of increased diversity in LEGO minifigures in the past few years. The new LEGO Ideas set includes the first minifigure with vitiligo, allowing more people to see themselves as a minifigure than ever before.

However, this minifigure isn’t the first example of the LEGO Group increasing the diversity of their iconic characters and here are three more that have helped make minifigures more welcoming following a previous promise.

One of the shoppers in 60347 Grocery Store has a prosthetic leg using a new element. For people with disabilities, it’s a huge step in letting them create more accurate minifigures of themselves and diversifies the cast of LEGO CITY too.

Crossing the road in 60292 Town Square is a minifigure with a rare element attached to a dog in front of them. This is the LEGO Group’s first representation of a blind or partially-sighted person with a pair of dark glasses as well.

In 2016’s 60134 People Pack – Fun in the Park, the first minifigure with a wheelchair using the new element was introduced. However, in the years since its release, this piece has gone on to appear in other sets and inspired new bricks for LEGO Avatar in 75573 Floating Mountains: Site 26 & RDA Samson as well as the Wheelchair Racer in 71032 Series 22 earlier this year.