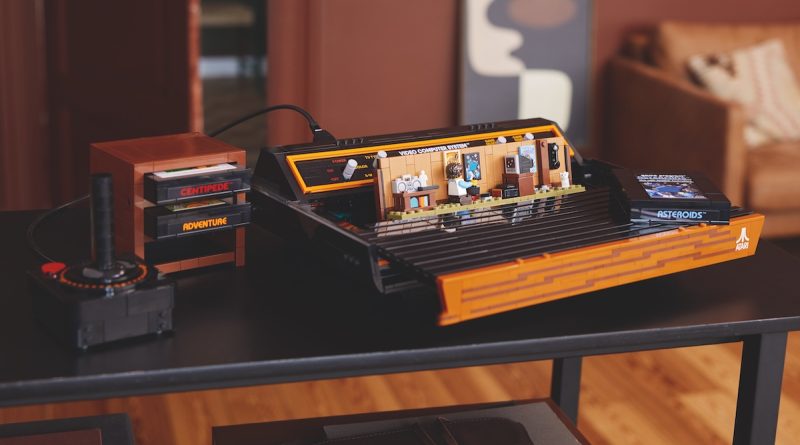 One of the LEGO designers behind 10306 Atari 2600 has explained more of the model’s design process, including why they chose this Atari console.

In a new interview with LEGO designer Chris McVeigh on the official online store, the process of recreating the classic Atari gaming system in brick has been explored with insight into the decisions that make up the model.

“We could have done the original from 1977,” said Chris, “or the later model without the wood panelling which would’ve been easier for us to create. But I felt like we needed to do the classic, the one that sparked most people’s joyful memories of the console.”

Despite the wood detailing that was necessary with the Atari 2600, the LEGO design team seem to have only been inspired by this challenge and didn’t opt to depict an easier console.

Chris continued, stating, “Along with the nostalgia aspect, it’s a fun challenge to build something out of LEGO bricks that, from a distance, people don’t recognize as a LEGO model. But then, when they get close, there’s that wow factor. It’s the same feeling as playing the console for the first time.

“The building experience alone is incredibly fun. You may learn a few new building techniques or simply marvel at how certain design problems were solved. I’m hoping this gives newer customers an insight into the design of the era.

“There are so many interesting shapes. The console itself is such an enigma. It’s got this long, deep front, almost corrugated. It’s at an angle, which the designers felt was the most natural way to receive a game cartridge. It’s all these interesting design decisions that people are able to revisit and appreciate.”