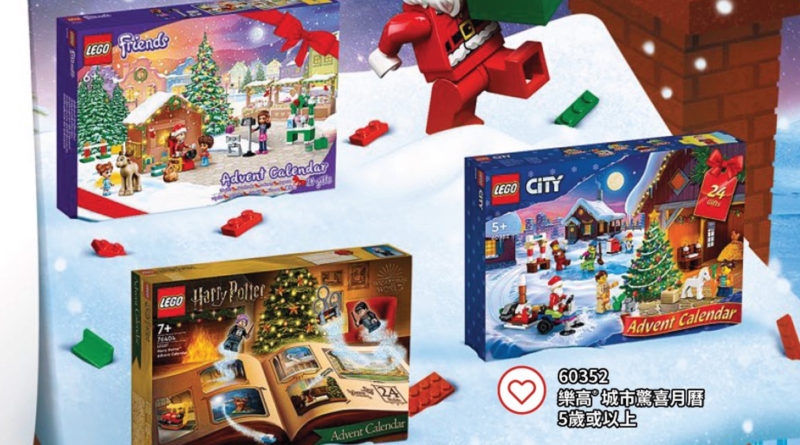 As well as a Star Wars advent calendar, the seasonal sets have now been confirmed for LEGO CITY, Harry Potter and Friends in a catalogue.

LEGO Taiwan has added the summer 2022 catalogue to the corresponding section of LEGO.com, confirming advent calendars for CITY, Friends and Star Wars in the process. These will likely release alongside the previously-announced Star Wars version, featuring Darth Vader in summer attire, later this year.

The splash text alongside the three advent calendars states that they will release in September, but note that this has been translated and might not be entirely accurate. The remainder of this article will cover spoilers for the contents of the three seasonal sets, so you might want to click away if you want to keep them a surprise.

In CITY, you can expect to find a white foal, Santa Claus and various characters from LEGO CITY Adventures. Friends features a reindeer element a mini-doll in a festive outfit.

In Harry Potter, you can see the pink hair of Nymphadora Tonks from 76408 12 Grimmauld Place, a small Hogwarts Express, Quidditch Hoops and more models that are hard to perceive in the image. As you might expect, Harry Potter is another included minifigure.