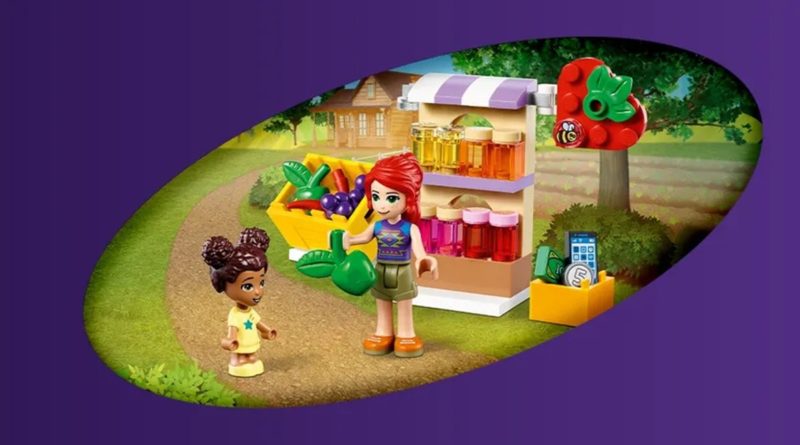 Today is the last day to get a free LEGO CITY and Friends polybag on the official online store as the first offer of 2022 is about to run out.

The official online store is due to begin the second collection of deals for the new year tomorrow, meaning that two free polybags will no longer be available with qualifying purchases.

Anyone hoping to expand their city with either 30588 Kids’ Playground or 30416 Market Stall will need to make an order before tomorrow January 10 with any purchase containing £40 / €40 / $40 of models from either LEGO CITY or Friends able to earn either promotion.

Both feature two minifigures or mini-dolls as well as a small build to tie in with recent releases in their respective themes. 30416 Market Stall can even be rebuilt into an alternate display to sell baked goods instead of honey.

With these two deals leaving LEGO.com before tomorrow, a new variety of offers will be introduced including 40491 Year of the Tiger available with any order over £85 in the UK, $85 in the US or €85 in Europe as well as 30562 Monkie Kid’s Underwater Journey with purchases of £40 / $40 / €40 or more on NINJAGO or Monkie Kid.

For tips on what to buy from January 10 for the new deals on LEGO.com, check out our list of recommendations for builds that you can get you both sets at once.

Support the work that Brick Fanatics does by purchasing your LEGO CITY or Friends sets using our affiliate links.