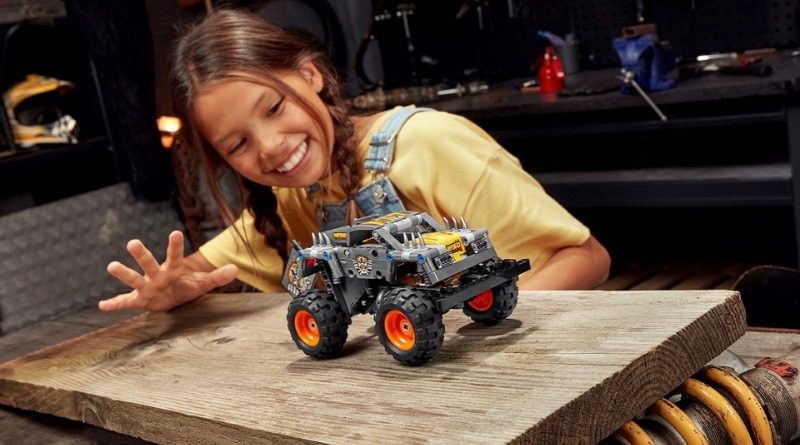 The LEGO Group loves monster trucks and with many sets based on the off-road vehicles, Brick Fanatics finds the best of the lot.

Monster trucks seem to be the LEGO Group’s new favourite vehicle , with a fair few sets over the last few years dedicated to the oversized trucks. Here are the top five LEGO monster trucks.

Starting the list is a new 2021 Marvel set, which contains a monster truck with superhero branding. 76174 Spider-Man’s Monster Truck vs. Mysterio might have interesting figures that will draw fan’s collective gaze, but the build itself offers a decent monster truck with Spider-Man detailing, not to mention the suspension. This set is available now.

We’ve already spoken at length about the brilliance of this set in our review but 31104 Monster Burger Truck is simply too unique to not include. With 499 pieces, this model presents a fully functioning food truck, with an enormous set of wheels, that, of course, includes a folding stairway. Released in 2020 and available now, it truly crushes its spot in the list.

With a not exactly inspired set name, 42005 Monster Truck was one of the first LEGO Technic monster truck, featuring spring-loaded suspension and the ability to turn its wheels. This model released in 2013 with 329 pieces, the striking red paint job with flame decals makes for an eye-catching design in any demolition derby.

While not called a monster truck by name, this set is no doubt one by nature and was one of the first sets recognisable as a monster truck to be released. 6675 Road & Trail 4 x 4 released in 1988 and features an exhaust pipe playfully jutting out of the main build. The yellow tubes give off the idea of suspension, a technique that is still used to this day.

There was no other model that could top this list. 42118 Monster Jam Grave Digger is based on arguably the most iconic monster truck of all time and is the first LEGO representation of the vehicle. As explored in our review, the iconic shape and decals have been captured in LEGO Technic pieces, all at an affordable price.