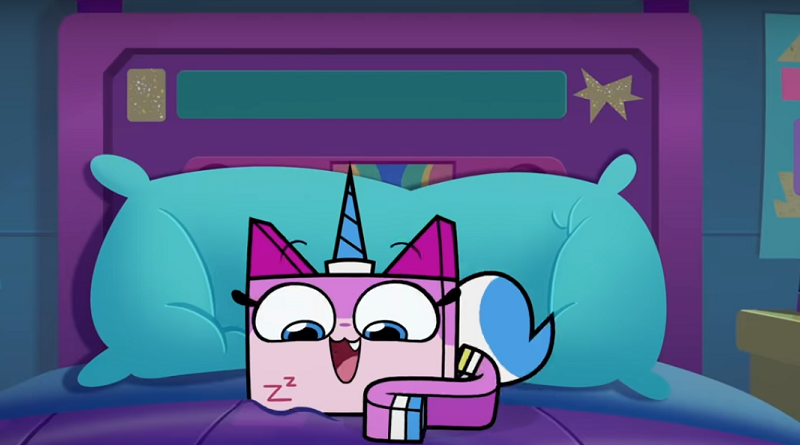 The television version of Unikitty has a dream that looks an awful lot like a clip from The LEGO Movie 2: The Second Part in a new advert.

Cartoon Network has shared a fun clip online, that sees Unikitty from Unikitty! getting off to sleep – only to dream of Lucy and Emmet calling on her for a recon mission in Apocalypseburg. Using footage from The LEGO Movie 2: The Second Part, Unikitty channels her rage to transform into Ultrakatty.

When the television version of Unikitty wakes up, she decides that the dream is just her rage manifesting itself. It is a fun way to cross over the movie universe with the Unikitty! television universe – there is a brief snippet in The LEGO Movie 2: The Second Part that does the same thing.