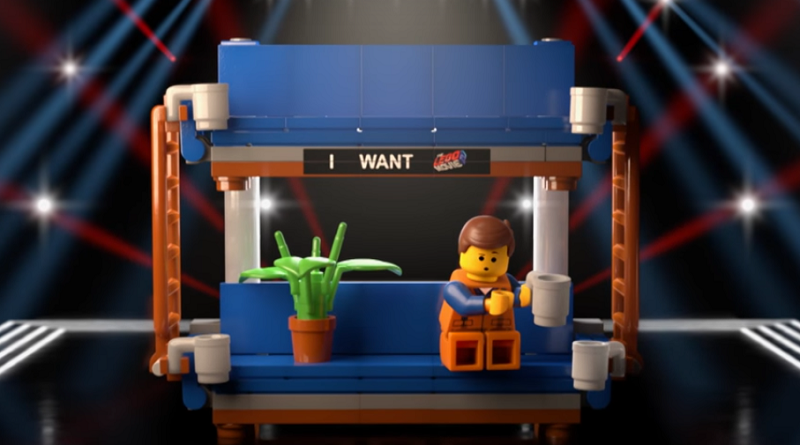 On Saturday evening, Emmet presented a full commercial break dedicated to The LEGO Movie 2: The Second Part during The Voice.

While Brick Fanatics readers may have noticed a little cinema release coming up for The LEGO Movie 2: The Second Par, viewers of The Voice may not have realised that the sequel was scheduled for release this Friday. To help build awareness, Warner Bros. took over an entire commercial break during the programme on Saturday, February 2 – even giving it a specially animated introduction from Emmet.

During the advert break, commercials were screened for DFS, McDonald’s Happy Meals, LEGO sets and the film itself. Several different companies around the world have teamed up with Warner Bros. for The LEGO Movie 2 co-promotions, keen to be affiliated with the film after the success of the 2014 original.

A few days ago, The LEGO Movie 2: The Second Part 70840 Welcome to Apocalypseburg! was released exclusively at shop.LEGO.com yesterday. Fans can also get free trading cards based on the film when placing orders online, with each one featuring a different character or vehicle.