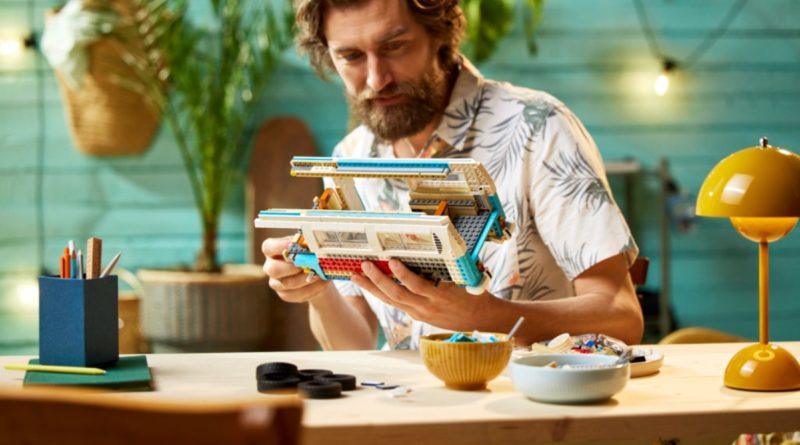 In the designer video for the set, LEGO Designer Sven Franic shared some inside information about the process of creating the 10220 Volkswagen T1 Camper Van. While also sharing that the T2 references a previous LEGO set, Sven also said that the LEGO team had to create two brand-new elements for the build.

The first is a thinner version of the car tyre, as it allowed the designers to incorporate steering functions more easily. Sven also said that the new wheel is a better fit for some of the more classic vehicle builds that the LEGO Group has been taking on, so we might expect to see it in use in future classic cars in the future.

The second specially-made element is the transparent windscreen. The bay windows were a well-known feature of the T2, so Sven said this was an important inclusion for staying authentic to the real-life design of the camper van. The wide windscreen curves around the corners, instead of being a straight piece of clear plastic that slots into a frame.