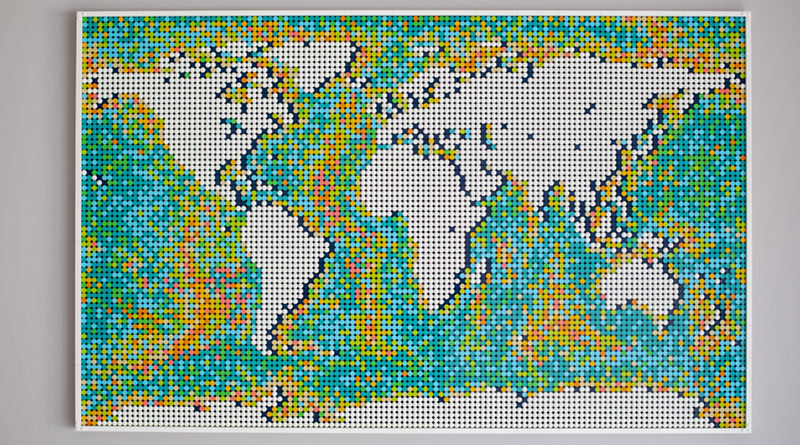 They may not all be the biggest, or most visually stunning but the best value LEGO sets come with the most pieces for the least amount of cash and you might be surprised to know which one tops the list.

The LEGO Group’s iconic sets are well-known for how huge and expensive they can be, with models now unashamedly aimed at adults and collectors, but just because they are the largest LEGO creations, doesn’t mean that they pose the best value.

From Star Wars to unique brick-based experiences, the lowest price-per-piece ratio can be found all across the LEGO Group’s ever-expanding catalogue, so here are the eight sets with the best value. Since prices can differ wildly between regions and currencies, this list is based on the number of elements according to the price in pound sterling.

LEGO Star Wars manages to sit tight at the seventh spot in the list thanks to an Art set. 31200 Star Wars The Sith carries a price-per-part ratio of just over three pence and includes enough bricks to depict dark side warriors from across The Skywalker Saga. The LEGO Star Wars model is one of three Art builds within the list, as the theme presents great value thanks to the many single studs included.

It might not be surprising to see a LEGO Classic collection of bricks in the mis as 10717 Bricks Bricks Bricks features an even 1,500 bricks for $59.99 / £49.99 / €59.99 and offers everything needed to make a creative model customised to any theme or idea. From animals to castles, 1,500 bricks at a mid-level price presents some great value.

As mentioned before, the biggest LEGO sets aren’t always the most worth as one of the cheapest currently available LEGO sets also has the best price-per-piece ratio. 41932 Extra DOTS – Series 5 contains 120 elements for $3.99, £3.99, €3.99 for a resulting total of just over three pence. Adding to the value, several of the bricks are printed with designs exclusive to DOTS.

LEGO chess models don’t just have the most minifigures, but one of the only versions to come without characters also presents an excellent deal. 40174 LEGO Iconic Chess Set is exactly as the name describes and contains everything needed for a match of the classic game. A total of 1,450 bricks are included for $54.99, £45.99, €54.99, putting it just above 41932 Extra DOTS – Series 5 in pence or below it depending on other currencies.

The second LEGO Art model in the list includes over 800 pieces more than 31200 Star Wars The Sith as 31201: Harry Potter Hogwarts Crests comes in at 4,249 elements for $119.99 / £114.99 / €119.99. That brings the price-per-piece ratio to under three pence. Those additional parts come from the ability to create any four of the Hogwarts house crests, where the colours don’t intersect quite as much between designs as the monochromatic Sith lords.

As discussed in our in-depth review, 40179 Personalised Mosaic Portrait presents exceptional value upon first glance with over 4,500 pieces for $129.99 / £99.99 / €99.99. However, in reality those parts only come in the form of a single baseplate and many (and we mean many) one stud square bricks of four colours. Equally though, for what it lacks in variety 40179 Personalised Mosaic Portrait does offer replayability through the Mosaic Maker service now being available online.

Admittedly, the biggest LEGO set of all time does also offer the second best value of any model. 31203 World Map features a whopping 11,695 parts for a ratio of exactly two pence. As discussed before, the LEGO Art theme is able to score three of the spots on this list thanks to their wealth of one stud bricks forming the titular art. We wonder how many other records this 31203 World Map holds?

The most valuable LEGO set ever, in terms of price-per-piece at least, will likely come at a surprise as a small summer DOTS model takes the number one spot with 1,040 parts for just £17.99 / $19.99 / €19.99. That value of just under two pence makes it the best deal there has ever been for a single LEGO set, though every single one of the piece within is a variation of the one stud bricks. Either way, a LEGO DOTS set has the highest price-per-piece, for now.