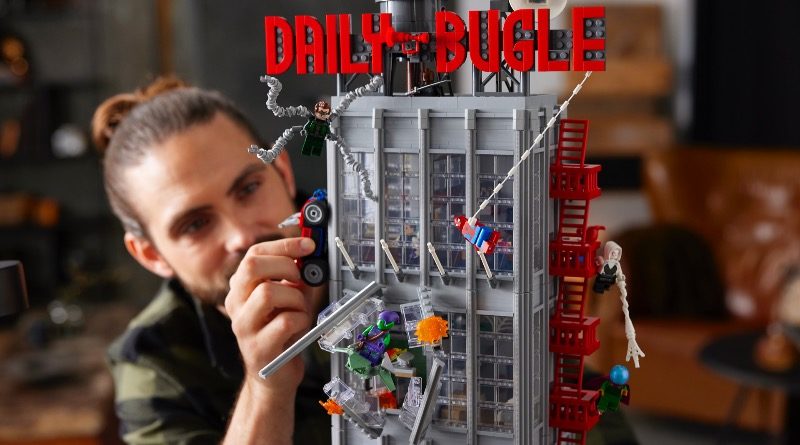 LEGO minifigures have become an icon separate from the plastic bricks and earned their place in the minds of builders new and old, but which LEGO set has the most?

The LEGO Group have produced a huge amount of minifigures in their history, with some sets including a small village’s worth of characters. You might be surprised to hear that most of these have been from the many chess sets, although there are a few recent models that have managed to make their way into the top five.

For this list, we’ll only be including any sets that were available either exclusively from the LEGO Group’s online or physical stores or other retailers, meaning there will be no education-based sets.

Kicking things off is a huge model from a galaxy far, far away. LEGO Star Wars 75159 Death Star includes a total of 23 minifigures, not counting the included brick-built droids.

That total is largely thanks to the multiple iterations of the main cast, representing their appearances as they travel across the moon-resembling space station. Surprisingly, only two of those 23 minifigures are Stormtroopers, so it wasn’t the most cost-effective way to boost your Empire army.

The first of the LEGO Castle-inspired chess sets is one of the most simple to come from the LEGO Group, consisting of a few four by four black and white plates sat atop a baseplate with simplistic chess pieces.

That basic formula allows for 24 minifigures and eight brick-built models to complete the selection of chess counters. While this set is long since retired, the LEGO Group would go on to produce many more sets for the iconic game.

As the only entry in this list that is currently available, LEGO Marvel 76178 Daily Bugle acts as an example of the LEGO Group’s increasing devotion to the plastic characters. Originally this set featured a draft of 60 minifigures, but only 25 would be included.

The four-storey build is one of the tallest the LEGO Group has produced and only recently released. It’s also by far the most expensive on this list but doesn’t even come close to some of the other sets still available.

While it might seem quite different to some of the other LEGO Chess models, 853373 LEGO Kingdoms Chess Set has just two notable differences.

The baseplate sits within a plastic container resembling a castle, adding some minor decoration to the build. Also, only four of the pieces are brick-built allowing for a total of 28 minifigures.

Rounding out the list is another LEGO Castle chess set that comes with a staggering 33 minifigures, or 31 if you decide not to count the giant trolls.

Originally costing £134.99, 852293 Castle Giant Chess Set was available exclusively through LEGO.com, LEGO stores or LEGOLAND theme parks. Unlike the other two board game entries, this board was entirely brick built with an abundance of fortress decoration for both factions.

The LEGO Group have continued the tradition of LEGO chess sets this year with Harry Potter 76392 Hogwarts Wizard’s Chess but few will ever be quite as impressive as this colossal, minifigure-filled model.