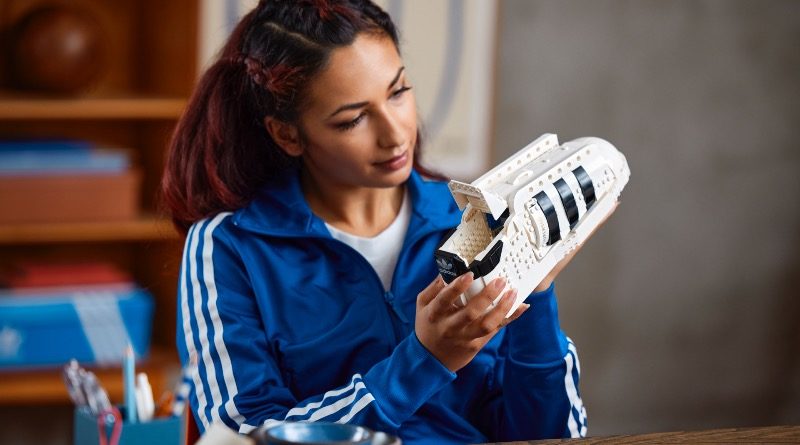 The LEGO Group has just revealed one of its most unorthodox sets to date in 10282 Adidas Originals Superstar – but who exactly is the buildable sneaker aimed at?

According to Florian Müller, the LEGO designer behind the brand new release, the answer is – well, everyone. More specifically, Florian says that while it’s targeted first and foremost towards ‘sneakerheads’ (or people invested in trainer culture), the LEGO Group is also hoping to reach a broader demographic with the shoe – including its core fans.

“It’s going for sneakerheads, but it’s also going for people who are interested in sports – so people who like the stadiums [including 10272 Old Trafford], for example,” Florian tells Brick Fanatics. “But we still tried to think about our core fanbase, and what I think is especially fresh for them here is that we rarely have sets that really try to capture organic shapes.

“When you’re looking for building techniques or ways of recreating organic shapes, especially wearables and shoes that are quite hard to capture, they always look different – so what’s the angle you take on that? We hope to just get some people curious about that, and building technique-wise, I think it’s quite interesting.”

You can take a closer look at how 10282 Adidas Originals Superstar comes together in our detailed review, which goes deep into the building techniques Florian is talking about. For more on the buildable sneaker, check out its unique packaging, why the original trainer is so popular, and how its LEGO design is intended to ‘fool the eye’.