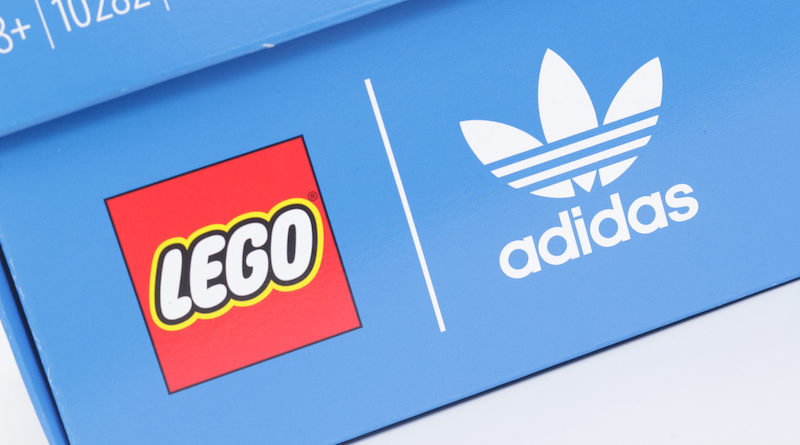 When the LEGO Group’s multi-year partnership with Adidas was announced in the wake of the unsurprisingly successful A-ZX Series trainer collaboration, it was hard to imagine that there wouldn’t be a brick-built Adidas trainer to come out of it eventually.

Less than a year in we have our first such product in the form of 10282 Adidas Originals Superstar, which for those not interested in the clothes range that has so far otherwise come from this partnership, does offer something truly unique, as our review reflects.

It would be very easy to be cynical about a product like 10282 Adidas Originals Superstar and suggest that it has been created by two giants of industry as a quick cash-grab, released purely to demonstrate the power of their respective brands.

Yet, for the respect that the LEGO design team has paid not only to the source material but also to you, the LEGO fan, 10282 Adidas Originals Superstar is much more than that, thanks in huge part to its presentation. Yeah, we’re talking about the box it comes in. It’s at once both a LEGO box and an Adidas shoebox, and also neither of those things. It’s a weird amalgamation of the worlds of LEGO and Adidas, and it’s brilliant.

At more than just a glimpse, 10282 Adidas Originals Superstar’s box design mimics that of an Adidas shoebox, from the obvious three-stripe branding and Adidas logo across it, to the colour, shape, dimensions and size of the box. The lid is even shaped and opens in the same way as a usual Adidas shoebox. It’s only the red LEGO logo that gives away that what’s inside isn’t so wearable…

Where a LEGO set would traditionally list the set name, number and piece-count on the front, this information is instead integrated into the box’s design in an ingenious way, in the style of the sticker on Adidas shoeboxes that usually displays shoe size, style and similar information. Even the hole that Adidas shoeboxes have is included in the design here, brilliantly reshaped to the silhouette of a minifigure head.

The LEGO design team’s attention to detail doesn’t stop with the exterior of the box, either. Lifting the lid will reveal the more traditional LEGO 18+ box art styling, but cutting the tape and pulling up that flap will reveal a nice LEGO-style Adidas logo on the underside and also a final, brilliant surprise – your bags of LEGO bricks wrapped in the same tissue paper that a pair of trainers would come in.

Every aspect of design for 10282 Adidas Originals Superstar is simple and, in many ways, the obvious thing to do, but all together it has been very cleverly realised. It brings an unexpected extra level of authenticity to the LEGO set inside and, all told, makes for an unboxing experience quite unlike anything else, ever before. Except of course if you’ve bought a pair of Adidas trainers before, which is exactly the point…

There’s also a LEGO set that comes with the box, 10282 Adidas Originals Superstar, and it just as much leans into the novelty of the LEGO Group’s partnership with Adidas to produce a fun and truly unique LEGO experience, as you can see in our detailed review.

Support the work that we do at Brick Fanatics by purchasing your LEGO Adidas trainers through one of our affiliate links. A small percentage is paid to us and goes directly into funding box-related content like this, because we love a good box. 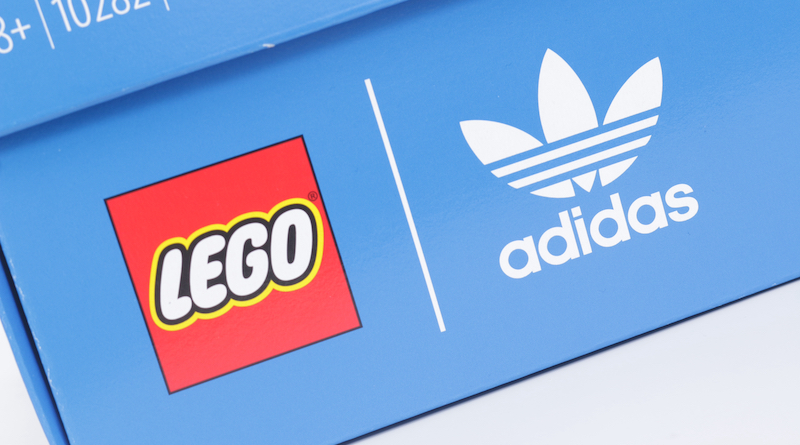