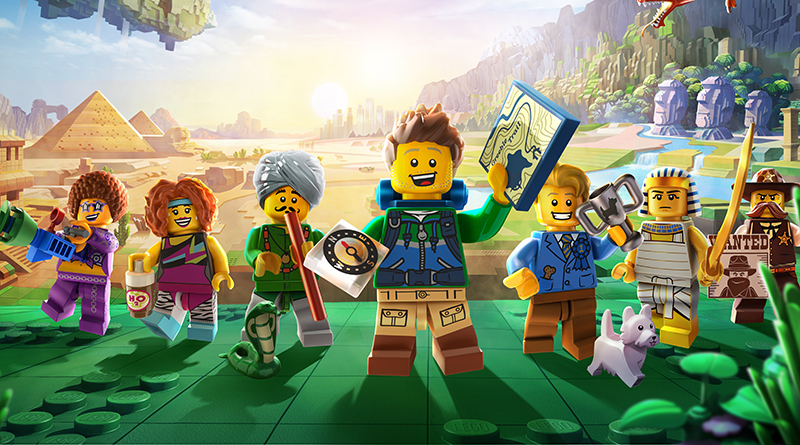 LEGO Cube, the LEGO Group’s first video game produced exclusively for the Chinese market, is currently stuck in limbo – but will the ambitious title ever be released outside China?

The LEGO Cube dream began roughly six years ago, when the LEGO Group came up with the idea of launching a video game exclusively and specifically for China as part of its wider strategy in the region (which has since become the company’s fastest-growing market).

Following an extensive search for a collaborator, the LEGO Group partnered with Tencent and developer NExT Studios to create a game. The next six months involved introducing the Chinese companies to the culture and ethos of the LEGO Group and LEGO Games.

“A natural first step was obviously to introduce them to our many guidelines and manuals,” the LEGO Group’s Micki Fjeldgaard explained on the latest episode of the Bits N’ Bricks podcast. “How do you animate the minifigure? How do you portray various types of conflict? How do you best deal with combat in a child-friendly game? Stuff like that.”

Early iterations of LEGO Cube focused heavily on combat, but the game soon evolved beyond that narrow scope to encompass more traditional LEGO values, with a greater emphasis on creativity. All along the way, the LEGO Games team had a very China-specific vision for the game – in direct contrast to its existing library.

“We want our gaming strategy to be as closely conjoined with our overall strategy for China and [Asia-Pacific] as possible, and we recognise that a lot of our games portfolio was really crafted with a Western audience in mind,” said LEGO Games Vice President Sean McEvoy.

“We really wanted to make sure that when we were thinking about games for China – specifically for mainland China – that we were working with world-class developers and experts in the Chinese gaming space, to bring something that was going to be relevant to that audience, as opposed to trying to emulate gaming experiences that we had created in the past that were primarily for different regions and different audiences. We wanted to make something that was specifically for China.”

That also speaks to how important LEGO Cube is to the company’s overall strategy in China. The country accounts for more than 27% of global video game revenue, which makes it the single biggest video game market in the world. Over the past decade, that market has grown by an eye-watering 760% – and as of 2020, it was around 80% mobile.

In short, a LEGO-focused mobile game seems like the perfect recipe for giving a substantial boost to the LEGO Group’s market growth in China. But even the majority of Chinese consumers can’t get their hands on it yet, because it’s currently trapped in beta, awaiting approval from the Chinese government.

“In order to release a game with a foreign brand in China, you need to acquire two different kinds of permits,” explained LEGO Games’ Ronny Scherer. “One is an ISBN license that’s akin to an ISBN license in the west for releases of books. The second part is a publishing license. You need to be a Chinese-owned entity in order to apply for and receive those permits.”

The LEGO Group must therefore apply for the necessary permits through companies that the Chinese government already trusts – but the complex web of red tape doesn’t end there. In early 2018, the group responsible for the approval process underwent a reshuffle, freezing authorisations for the rest of the year; and in 2019, China introduced new laws to regulate video game time for kids, which need to be reflected in game design.

It all adds up to a long delay for the LEGO Group and Tencent – one that’s now stretched to nearly two years since LEGO Cube first soft-launched in August 2019. Without the necessary authorisations, one condition of that beta launch is that the game cannot be monetised. And while that’s a struggle for the LEGO Games team, the solution apparently doesn’t involve bringing LEGO Cube to more markets.

“Right now, our goal is to find a way to sustain the game for long enough that we’ll be able to monetise it eventually,” explained Ronny.

“Currently, that doesn’t include releasing the game outside China,” Sean added.

That doesn’t necessarily mean LEGO Cube will never launch beyond the market for which it was primarily designed. But it does mean that you shouldn’t pin your hopes on playing the sandbox game – which has been described as a mash-up of LEGO Worlds, Minecraft and Roblox – any time soon.

To learn more about LEGO Cube, listen to the latest episode of the Bits N’ Bricks podcast.