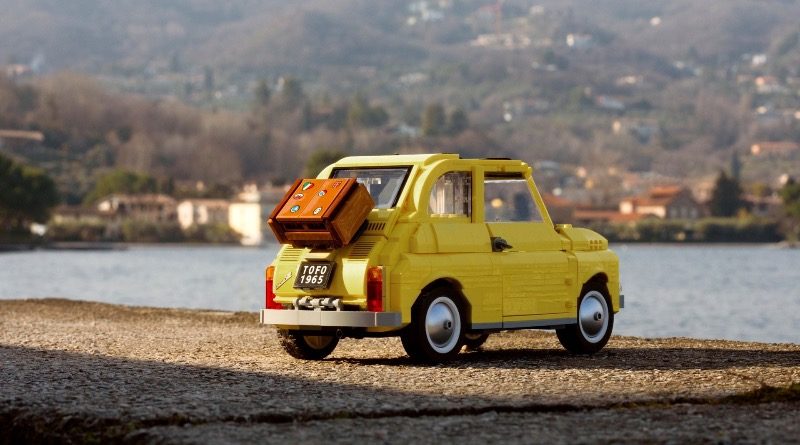 Alternate colour schemes for multiple LEGO Creator sets have been revealed at LEGO.com – but will the LEGO Group sell them alongside their original versions?

While neither the light blue variant of 10271 Fiat 500 nor the dark blue version of 31058 Mighty Dinosaurs have been officially announced, we do know that they’re coming through safety documents and the building instructions portal.

For now, though, details are scarce – including when they’ll be released, why the LEGO Group has decided to introduce new colour schemes, and whether they’ll be sold in tandem with the original sets. Fortunately, we can take an educated and informed guess at the latter, using what we know about the current and upcoming releases.

If 77940 Mighty Dinosaurs is indeed a third variant of the set as predicted, it suggests the LEGO Group will be happy to sell at least two different colour schemes for its 3-in-1 dinos simultaneously. And if that is the case, why wouldn’t it then continue offering the original 31058 Mighty Dinosaurs too, giving consumers a choice between three different colourways?

Second, the current retirement dates for both 10271 Fiat 500 and 31058 Mighty Dinosaurs may also shed a little more light on the LEGO Group’s plans for the original sets. According to Brick Fanatics’ sources, 10271 Fiat 500 – which first launched in March 2020 – isn’t scheduled to retire from production until December 2023.

31058 Mighty Dinosaurs, meanwhile – which arrived at LEGO.com all the way back in December 2016 – has an exit date of December 2022. If neither of these sets are due to retire this year, and all three of 77940 Mighty Dinosaurs, 77941 Mighty Dinosaurs and 77942 Fiat 500 are indeed due to launch soon, then it stands to reason that the LEGO Group will place them on shelves side-by-side.

We won’t know for sure until the company makes an official announcement. For now, though, it looks like you won’t need to scramble to buy 10271 Fiat 500 and 31058 Mighty Dinosaurs if you prefer their original colour schemes – they’re (hopefully) not going anywhere.