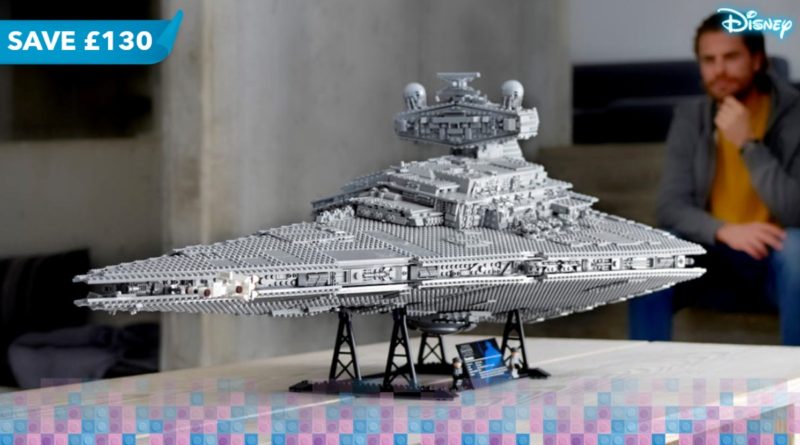 UCS 75252 Imperial Star Destroyer recreates the ship from the opening of the Star Wars franchise and is £130 off, or 20%, at shopDisney.

Measuring 110cm long, the intimidating triangular shape of the Imperial Star Destroyer has been captured through 4,784 pieces and even comes with a duo of detailed minifigures to pose on the specialised display stand.

While stocks last, shopDisney is offering a 20% saving on 75252 Imperial Star Destroyer for Black Friday, meaning anyone who has been hoping to finish another part of the Ultimate Collector Series can now do so for less.

Time is limited on this deal with the annual shopping event being a popular time to grab gifts for the holidays, so you might want to act fast should be tempting by £130 off LEGO Star Wars 75252 Imperial Star Destroyer.