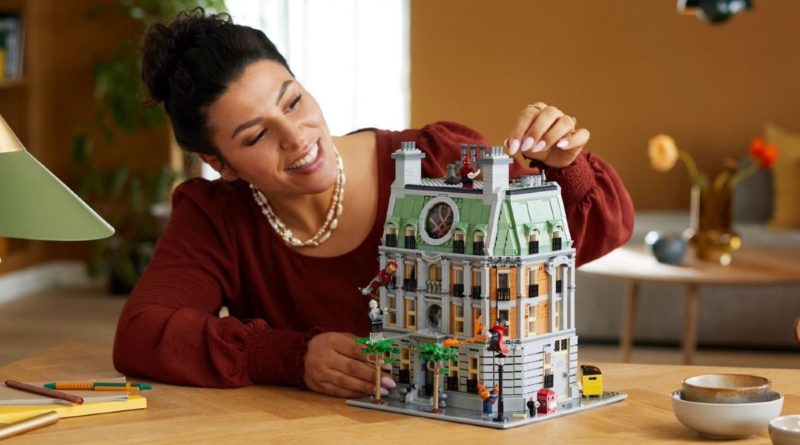 Add a brand-new LEGO Marvel modular building to your street with 23% off 76218 Sanctum Sanctorum as part of the latest Zavvi LEGO offers.

Launched nearly three weeks ago, there’s already a significant discount on 76218 Sanctum Sanctorum thanks to Zavvi. You can currently get £50 off the home of New York’s sorcerers and a gateway into the rest of the mystical world.

Inspired by Doctor Strange in the Multiverse of Madness and Avengers: Infinity War, 76218 Sanctum Sanctorum can be considered an unofficial part of the LEGO Modular Buildings Collection, since it applies much of their designs to make it compatible with them.

The most notable difference between it and other modular buildings though is the inclusion of superheroes including multiple versions of Doctor Strange, an alternate universe Mordo, the Scarlet Witch, Iron Man, Spider-Man and Ebony Maw of the Black Order.

Most of these minifigures are exclusive to 76218 Sanctum Sanctorum and transparent display stands are included to be attached to the building to depict them in flight.

Inside 76218 Sanctum Sanctorum, multiple floors are filled with all kinds of magical artefacts including a few references to original LEGO themes, as well as a portal with a tentacled monster bursting out of it. However, that beast is attached to a wall that can be flipped to be shown inside or out of the building, depending on the atmosphere you want to achieve on your LEGO street.

It’s one of the most unique additions to the modular LEGO line-up, even though it’s not officially a part of the Modular Buildings Collection and one that LEGO Marvel fans might be tempted to get, especially with Zavvi’s 23% discount while stocks last.