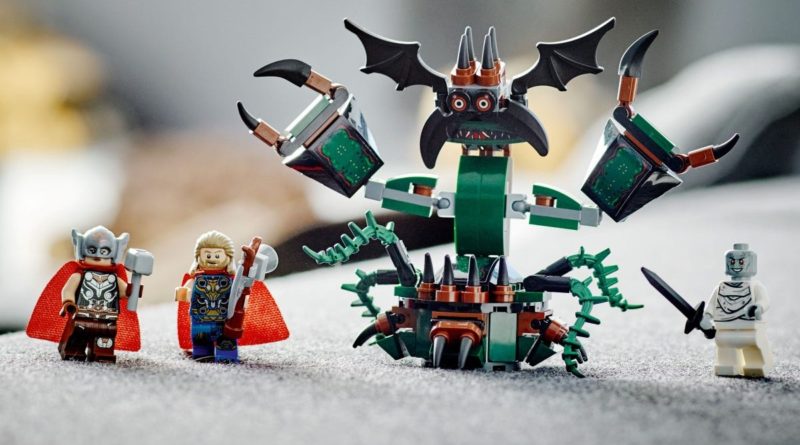 The smallest of the two LEGO Thor: Love and Thunder sets has been officially revealed with details of price, release date and high-quality images.

As we reported earlier today, April 18, 2022, 76207 Attack on New Asgard has been given an official reveal on the online LEGO store. It’s the smallest and likely the last of the Thor: Love and Thunder sets, which also includes 76208 The Goat Boat.

With 159 pieces, this model was first shown on the internet a while ago thanks to an early sale in an official LEGO shop, then landed on shelves in the US, made a brief cameo on LEGO.com before its full announcement today.

The listing on the official online store includes five images of 76207 Attack on New Asgard, offering a better look at its contents including minifigures that all feature in 76208 The Goat Boat and what is described as a Shadow Monster that Gorr has summoned.

How this might play out in the movie, provided it does at all, has yet to be revealed as Thor: Love and Thunder arrives in cinemas on July 8, 2022.