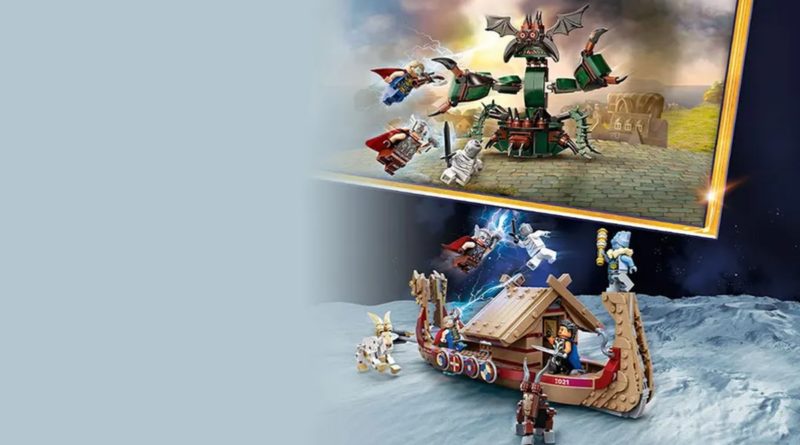 The previously-spotted 76207 Attack on New Asgard LEGO Marvel model has appeared on the official online store, revealing the model officially.

The listing for the larger of the two LEGO Thor: Love and Thunder sets, 76208 The Goat Boat, has been updated with new banners displaying features of the set. One of these advertises how the model can be combined with other Marvel builds, including the official reveal of 76207 Attack on New Asgard.

While it has not been named since it only features on the blurry banner image, we know that this is 76207 Attack on New Asgard thanks to it being sold early at an official LEGO store.

This official reveal of the LEGO Marvel set may be an indication that it will appear in full on the online store soon, meaning we could know more about international pricing and release dates.

For those who need a reminder or are new to 76207 Attack on New Asgard, it’s the smaller of the two Thor: Love and Thunder sets with minifigures of Thor, Mighty Thor and Gorr, as well as a brick-built figure of a monster. All except the monster are also included in 76208 The Goat Boat, as well as minifigures of Valkyrie and Korg.

How this will tie into the film has yet to be seen as the movie is launching on July 8 and no trailer has been released at the time of writing.