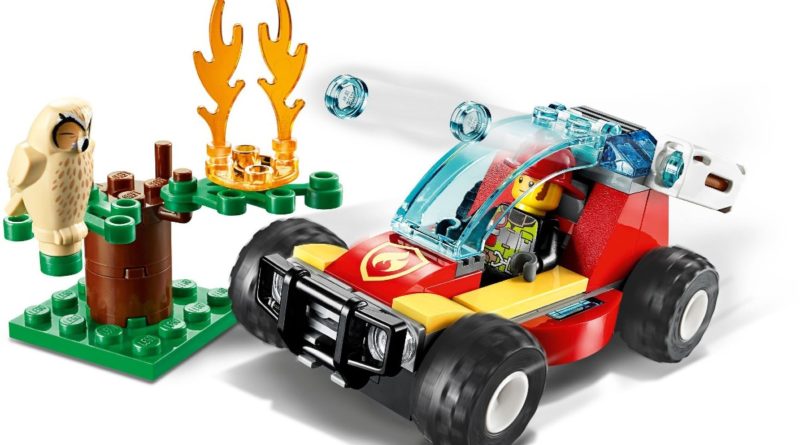 The first image of a new LEGO CITY set has been found thanks to another of the company’s declaration of conformity legal documents, with a build borrowed from a previous Firefighting kit.

Unlike the two recoloured LEGO creations discovered via similar documents on the official website earlier, a brand new model has been discovered that seems to borrow just a vehicle from a past CITY set. LEGO 77943 Fire Station Starter Set can be seen in the UK declaration of conformity statement that was uploaded to the LEGO Group’s online legal database.

Despite the blurry images, this new build seems to feature an entirely new Fire Station, at a smaller size than 77944 Fire Station Headquarters and only seems to repurpose one of the vehicles from a past set rather than the main model. 77943 Fire Station Starter Set was first seen uploaded to the LEGO Group’s instructions website earlier in 2021.

The buggy that can be seen accelerating directly towards the fire looks strikingly similar to the build from 60247 Forest Fire, though it’s yet to be seen if any major differences are present that have yet to be made out from this initial image. Also included are a small motorcycle and three minifigures.

The statement and earlier documents have likely been uploaded ahead of an official release and addition to the online LEGO store, and we’ll let you know when more information on the release date and price becomes available.

This follows the reveal that various sets from Creator will be re-released in a new colour with a light blue version of 10271 Fiat 500 and a dark blue version of 31058 Mighty Dinosaurs. Both are likely to be hitting shelves soon too, so stay posted for an update on them when more information is available.