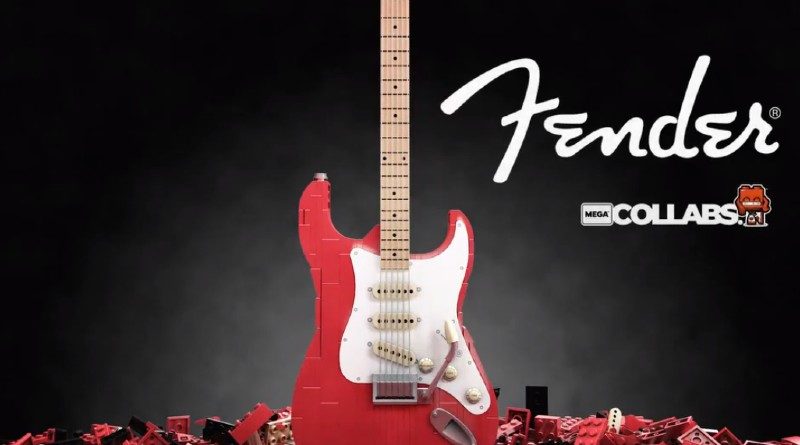 LEGO Ideas will soon see a brick-built Legendary Stratocaster released as an official Ideas set, but a rival company has revealed their own official model will be coming even sooner, also in partnership with Fender.

StoneWars first spotted the news on social media where the rival brick company announced their version and confirmed the partnership with Fender.

This news is certainly unusual and so far there has been no comment from any of the three companies on the respective licensing agreements that will result in two different models of the same instrument. Whilst the LEGO Group and Mega Construx have previously held the same licenses for products at different times, this is the first instance that we can recall of both companies sharing the same license at the same time, let alone producing versions of the same model.

Incidentally, Mega Construx has on a couple of occassions recently taken to directly acknowledging the LEGO Group on social media, once when they promoted the 75252 Imperial Star Destroyer, and another early in 2020 when they invited the company to a community event.