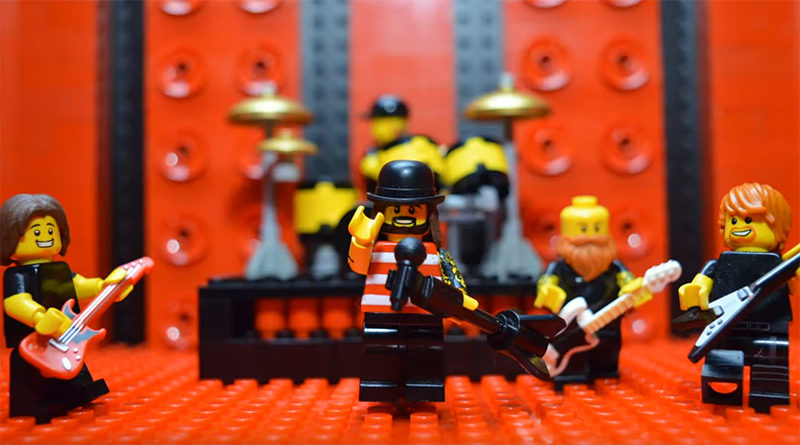 Brick Fanatics speaks exclusively to Paul White about putting together the video for Massive Wagon’s new single, Bangin In Your Stero

To find out more, Brick Fanatics spent time speaking to Paul White, who was responsible for putting the video together.

How do you know the band?

I know the guys through my own band Bootyard Bandits. We’re both with Rock People Management and have played a bunch of shows together. They’re all super friendly dudes.

Who came up with the idea for a LEGO music video?

Well, I think the general idea to do some kind of animated video was very much dictated by the whole lockdown situation. I knew the band were looking to do something like that, so I saw an opportunity for both of us and suggested a LEGO stop motion video.

Have you done much stop motion before?

I’ve actually only ever made one stop motion video before. But it was on the strength of that that the band were so keen for me to do this one. I kind of fell into it really.

The video I wanted to make for Bootyard Bandits’ first single Hoedown Showdown was just too farfetched to do with real life characters, as it’s like something from a Quentin Tarantino movie. So I decided to try my hand at stop motion. The video turned out really well and got a lot of really positive feedback.

There are some nice classic LEGO references in the video. Are you a LEGO fan?

I was very into my LEGO as a kid and built up quite the collection. I think my mother was holding out for grandkids at some point and she’d kept loads of my toys in her loft. When I first had the idea to try stop motion, LEGO was the obvious choice and off I went to raid the loft.

It turns out I had a lot of pirates, soldiers, knights, et cetera, but I couldn’t use them in the Bootyard Bandits video as it’s all cowboys. So the Massive Wagons video was a great excuse to feature them all.

What were the most challenging things about putting the video together?

The most challenging thing was the schedule. Hoedown Showdown took me almost six months to make. Bangin In Your Stereo had to be done in under four weeks! I worked very long hours and I had a bit more experience this time around, so managed to complete it ahead of schedule.

Do you have any favourite little things you included?

I have a few, but the leprechaun who gets his hand bitten off by a shark, then appears at the live show sat on the shoulders of a pirate captain with a hook hand – I kind of tickled myself with that one.

Other than that, I’m very proud of the live show segment in general. That’s around 120 minifigures in the crowd, all jumping up and down in time with the music. Pretty chuffed with that.