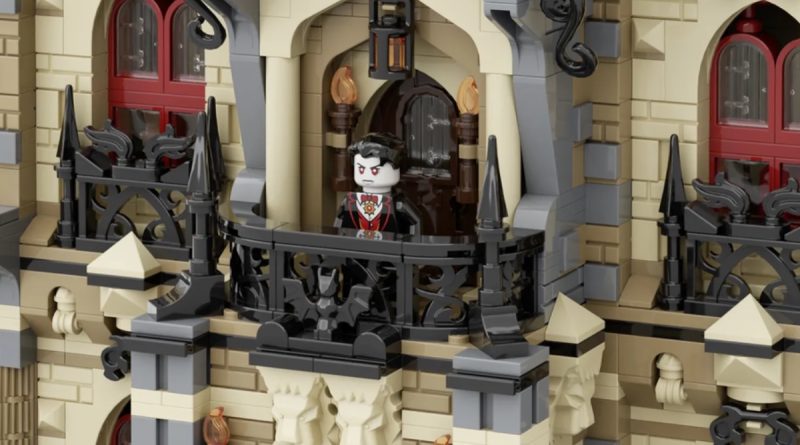 An enormous ode to Dracula’s castle has spooked its way to 10K on LEGO Ideas, and becomes the third project to qualify for the third 2022 review.

While the vampire’s home is entirely a work of fiction, borne from Bram Stoker’s seminal 1897 novel, fan designer Iyan Ha has nonetheless managed to piece together a brick-built version using 2,984 LEGO elements. The imposing structure adopts a dollhouse format, with hinged rear walls to allow access to its detailed interior, and channels its time period through its architecture and furnishings.

Simply put, it’s a castle fit for a vampire – and not just any vampire, but the prototypical bloodsucker himself in Dracula. (And yes, there’s a Dracula minifigure.) The build has been designed entirely digitally in Studio 2.0, but Ha has gone into plenty of detail on its durability and functions over on the project page.

“I have always been interested in Dracula, a story that has been handed down since ancient times,” Ha writes. “I think Dracula’s lonely and spooky atmosphere is so cool. Someday, I dream of a magnificent and wonderful castle Dracula being commercialised, so I made this project… I kept repeating program work and verification to strengthen the structure of the building while having good design and functions.”

With the necessary 10,000 votes in hand, Castle Dracula will now join two other projects in the third 2022 review, and subsequently stands a chance at becoming a future LEGO Ideas set. For that to happen, it will need to win the backing of the LEGO Ideas review board, who will ultimately decide which projects to move into production. The results of this review round will likely be revealed in summer 2023.

Here’s the initial list of builds in contention in this round: