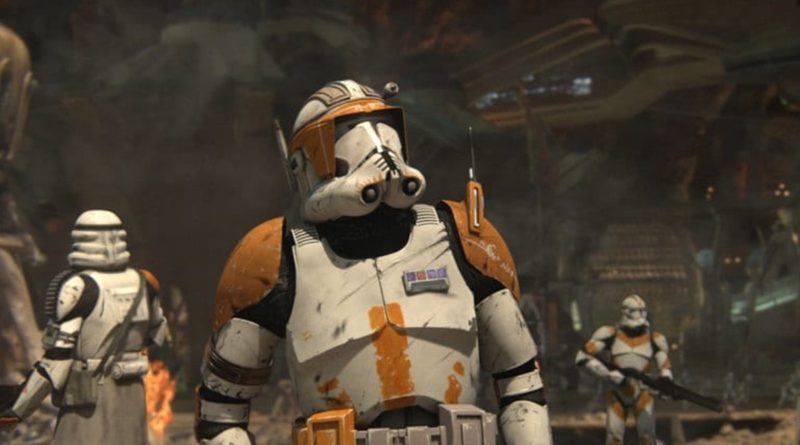 Commander Cody could have been in the Star Wars: Obi-Wan Kenobi series in a big role, as revealed by the writer of the Disney+ show.

Speaking to The Direct, Obi-Wan Kenobi writer Stuart Beattie mentioned that an early draft of the series included Commander Cody as a companion character for the Jedi, keeping him on his toes and generally offering him someone to talk to on Tatooine.

“Cody was the big one,” shared Stuart. “I love the idea of Obi-Wan having a buddy on Tatooine. Like a secret buddy.

“My idea was that when Obi-Wan had to leave Tatooine, he left Cody in charge of Luke. And that gave us a fun little B-story to keep cutting away to. He’s trying to atone for the worst thing he’s ever done. So tragic in a way, but just fun… The way they bickered in my stuff, it was just, you know, put a smile on your face and, you know, just arguing all the time.”

The interview also discussed why this feature of the early draft didn’t make it into the final cut of Obi-Wan Kenobi, speculating that it may have been down to an actor’s availability.

“I don’t know,” commented Stuart. “They just decided, I don’t know… maybe Temuera Morrison was busy on Boba Fett… It would have been obviously Temuera. Maybe they decided they didn’t need him either.”

In another universe, we might have seen Cody alongside Obi-Wan Kenobi in the series but the character will at least return in animated form in The Bad Batch Season 2. Perhaps in that alternate universe, the new Commander Cody minifigure included in 75337 AT-TE Walker could have been introduced in the Obi-Wan Kenobi models instead.

In our universe, you can expect to find Commander Cody’s latest minifigure based on his Phase 2 armour in 75337 AT-TE Walker when it launches on August 1, 2022. The finished version of Obi-Wan Kenobi is available to watch now on Disney+ with all six episodes ready to stream too.