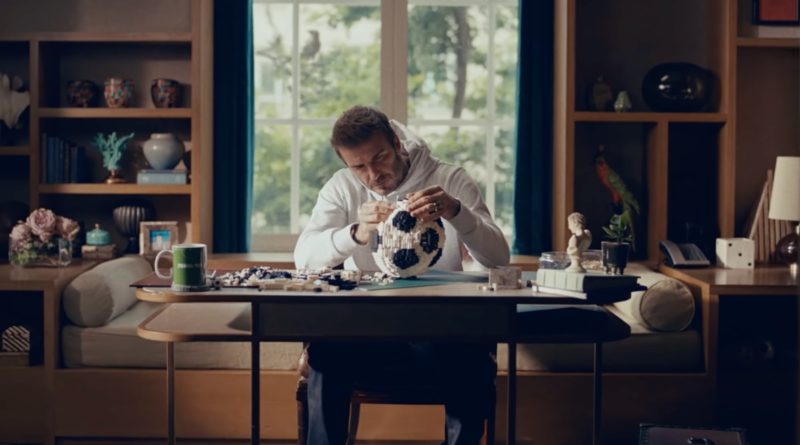 Not among the wider public, which is something to do with kicking a ball around, but among the LEGO community, where the former Manchester United star and England international is more widely regarded for spending his retirement putting together sets like 42110 Land Rover Defender and 71040 The Disney Castle.

As FIFA 22’s launch trailer begins, however, Beckham isn’t assembling an official set: instead, he’s putting together a huge, brick-built football. It’s not entirely clear whether he’s using genuine LEGO pieces, but it feels like a clear nod to his widely-known affinity for the bricks either way.

That model probably won’t be released as an official LEGO set any time soon – if nothing else, because it’s probably way too similar in concept to the upcoming LEGO Ideas Earth Globe – but it would certainly be a different entry point to LEGO football than the recently-released 10284 Camp Nou – FC Barcelona.

If that trailer has you keen to try out FIFA 22’s new tricks, our friends at Football Italia have shared exclusive discount codes to save you money on the PS4 and PS5 versions of the game.