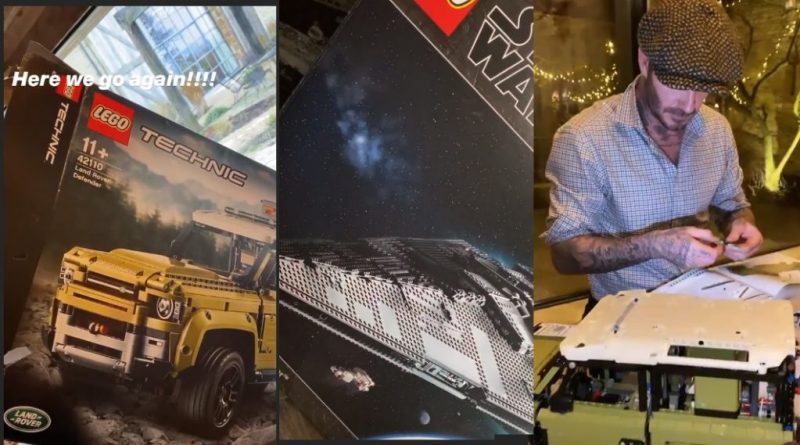 World famous LEGO fan David Beckham has been building LEGO Technic 42110 Land Rover Defender, with his wife Victoria mocking him during the process.

“Here we go again!!!!” remarks Victoria Beckham in her latest Instagram Story, that pans the camera from the box for LEGO Technic 42110 Land Rover Defender to her husband and football legend David Beckham building the set. She also notes the age recommendation on the box as “11+”.

As he had hoped for, David also received LEGO Star Wars 75252 Imperial Star Destroyer for Christmas – although it seems that he hasn’t yet started to build that enormous model.

“How many hours has it been?” Victoria asks in a caption, with the LEGO fan closer to the end of the instruction booklet. “FFS how much longer?!?!!” she closes with, as the car looks about finished.

This is not the first time that Victoria has documented David’s building on Instagram, with his building of LEGO Harry Potter 71043 Hogwarts Castle taking social media by storm earlier this year.