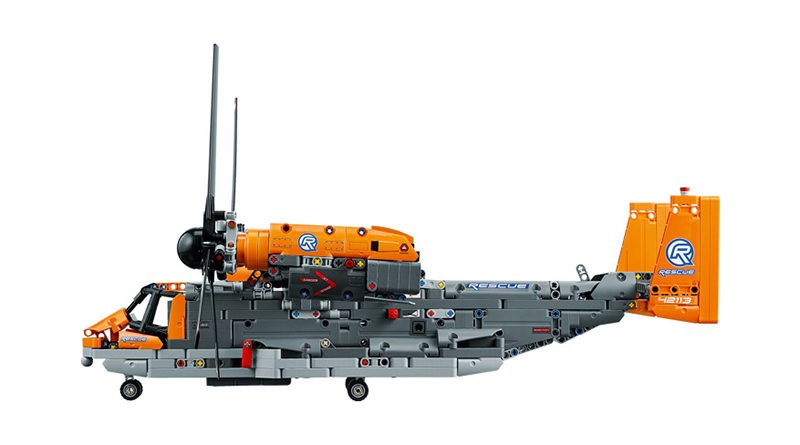 The LEGO Group has opted to emphasise the only reason for the LEGO Technic 42113 Bell Boeing V-22 Osprey Helicopter distribution being stopped is that the company does not produce military vehicles.

LEGO Technic 42113 Bell Boeing V-22 Osprey Helicopter was due to released on August 1, but sets were only sold in large numbers in the UK and New Zealand. The LEGO Group stopped distribution of the set after anti-war organisation German Peace Society – United War Resisters complained about its release, citing the company’s “long-standing policy not to create sets which feature real military vehicles”.

The few who did get the set and didn’t sell it on ebay found a pretty major design flaw in the model, leading to speculaton that it may have played a part in the set being pulled from the range. The LEGO Group is seeking to quash this suspicion though with a new statement:

The decision not to launch the LEGO Technic V-22 Osprey was made solely due to the fact that the set breached our policy of not creating real military vehicles. There were no other factors that influenced the decision in any way.