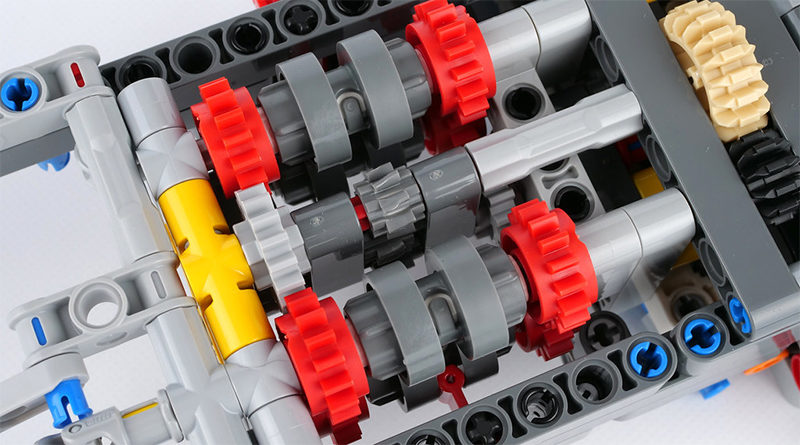 It turns out that the cancelled LEGO Technic set, 42113 Bell Boeing V-22 Osprey Helicopter, has a huge design flaw.

LEGO Technic 42113 Bell Boeing V-22 Osprey Helicopter is already infamous in the fan community, as the LEGO Group went to the trouble of designing, manufacturing and distributing the set only to cancel it 10 days before its release.

A few fans have managed to get hold of the set, either from retailers who sold a few sets or by paying exorbitant prices on ebay. One person who managed to get a copy is Brickset master Huw, who has built and reviewed the model.

In his review, Huw reveals that one of the set’s functions doesn’t work to the expected standard, to the point that it destroys two elements and stops performing:

The engine rotation system utilises one of the new two-piece clutches which should start to slip and click if you try to turn the engines too far although, in my experience, gears start crunching and the motor stalls before this happens.

Unfortunately, there’s only a very ineffective safety mechanism for the rotor blades, reliant on friction pins, so when they foul on anything the gearbox seizes and the motor stalls. This is almost certainly going to happen at one time or another because when the blades are vertical they touch the ground, which of course prevents them from rotating.

The very first time I tested spinning the rotors there was a lot of clicking coming from the gearbox, but everything seemed to work as it should. However, things got worse…

This morning, while investigating the clicking, I noticed that two 8-tooth gears have become damaged. I haven’t deliberately stalled the rotors, so it seems to have happened simply through normal use.

He wasn’t alone, finding that others on Reddit who have built the set experiencing the same problem.

Huw describes this significant design flaw as something he has never seen before in a Technic set – and this is someone who has built a lot of LEGO sets over the years. This has fuelled speculation that the design issue may have contributed to the LEGO Group’s decision to pull the model from store shelves.

Get in touch with Brick Fanatics at [email protected]atics.co.uk